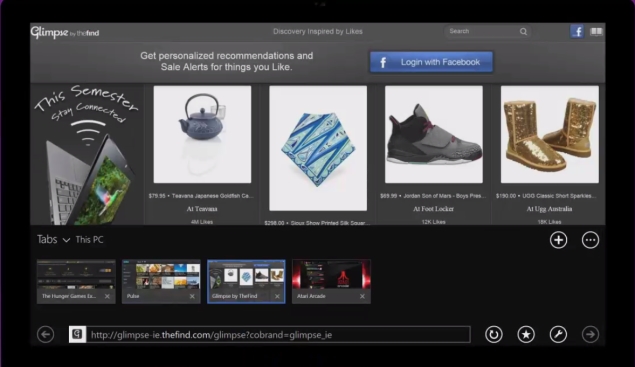 Microsoft has released Internet Explorer 11 (IE11) for Windows 7 users, and it is available globally in 95 languages. Windows 7 customers will receive the update automatically in the coming weeks, starting with those already running the IE11 Developer and Release Previews. The new browser from Microsoft has been available to Windows 8.1 users since its launch last month.

Announcing the release on a blog post, the Redmond giant emphasises the speed improvements in IE11, and instead of quoting synthetic benchmark scores, calls it 30 percent faster than competing Windows 7 browsers for loading and rendering real world Web sites. On Windows 7, IE11 is 9 percent faster than IE10 according to Microsoft.

IE11 is also said to make common browsing activities faster, with improved algorithms for faster access to frequent sites, and enhanced in-form editing controls to preserve formatting from Office and other apps.

Improved support for HTML5 and other standards (such as ECMAScript 6 and Internationalization API (version 1.0)) according to gives IE11 users a better Web application experience, even without plug-ins (such as HTML5 video).

IE11 is said to also support the latest standards for closed captioning, bandwidth-optimized streaming, and rights management. According to Microsoft, IE11 brings support for over 25 new or improved Web standards, adding to what IE10 supported.

Microsoft is also emphasising IE11's improved hardware-accelerated 3D Web graphics, with better WebGL optimization. According to the company, IE11 scans for unsafe WebGL content, and uses a software renderer to complement the GPU. Graphics subsystem failures will supposedly now also not result in fatal occurrences, with WebGL continuing to run.
The company is also stressing on how IE11 is interoperable with existing sites, and how Compatibility View is still supported.

New F12 developer tools have also been detailed by Microsoft, and will supposedly help in iterative, visual debugging and tuning of Web sites, apart from modern.IE-based cross-browser testing. More details can be found here. Do also check out the video, detailing the broad-level changes on the browser:
Comments