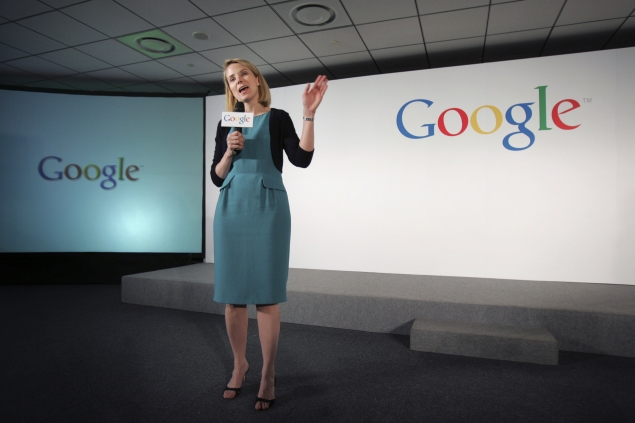 Insights to Marissa Mayer can be found in her approach to cupcakes.

Google's first female engineer and the new Yahoo! chief executive carefully matched ideal ingredients, temperatures and other factors to create a sublime baked treat, according to a tale told by those who know her.

"When she wanted to come up with the perfect cupcake she came up with a spreadsheet of ingredients to figure out the perfect recipe," said Search Engine Land editor-in-chief Danny Sullivan.

"She took the same approach to launching products at Google," he continued. "She would say they tested it every way they could imagine to get it right."

Sullivan expected 37-year-old Mayer to put her proven approach to work as the new chief officer at faded Internet pioneer Yahoo!, which has struggled to reinvent itself after being trounced by Google in the online search arena.

Mayer's love of science stretches back past her days as a public high school student in the US state of Wisconsin, where she was chosen by the governor to represent that state at a National Youth Science Camp.

She went on to attend Stanford University in Silicon Valley, where she focused on artificial intelligence while earning a bachelor degree in symbolic systems and a masters degree in computer science.

She was Google's first woman engineer when in June of 1999 she joined the company created by Stanford classmates Larry Page and Sergey Brin.

"Since arriving at Google just over 13 years ago as employee Number 20, Marissa has been a tireless champion of our users," Page said in a prepared statement.

"She contributed to the development of our Search, Geo, and Local products," he continued. "We will miss her talents at Google."

Most recently, Mayer was responsible for Local, Maps, and location services for Google and the Internet giant's suite of local and geographical products including Zagat restaurant reviews and Street View.

She is credited with influencing some of Google's most recognized features, such as its globally popular search engine and uncluttered home page.

Mayer managed some of Google's most successful innovations, launching more than 100 features and products including image, book and product search, News, and Gmail -- creating much of the "look and feel" for users.

Prior to joining Google, Mayer worked at the UBS research lab (Ubilab) in Zurich, Switzerland, and at SRI International in Menlo Park, California.

Mayer also did a stint teaching computer programming at Stanford, receiving awards in the process.

"Technology is very special," Mayer said in a May interview online at Current TV while opining on the need for countries around the world to produce more engineering graduates.

"It is really fast moving so you can catch up very quickly."

She laughed as she recalled not knowing how to use a computer mouse until freshman year in college, and then five years later having a degree in the field.

Honors received by Mayer include being named last year among the top "40 under (age) 40" hottest rising stars in business in a line-up that included Facebook founder Mark Zuckerberg, Twitter co-founder Jack Dorsey, and Page.

"Thrilled that @MarissaMayer is now running @Yahoo," Dorsey said in terse missive fired off at the one-to-many Twitter text message service. "It's the perfect fit."

Mayer has been dubbed a Young Global Leader by the World Economic Forum and as "Woman of the Year" by Glamour magazine.

For four years running, Fortune has named her one of the 50 Most Powerful Women in Business. At age 33 she was the youngest woman to make that list.

Fashion-savvy Mayer serves on the board of directors of global retail powerhouse Wal-Mart as well as on non-profit groups including the San Francisco and New York City ballet companies.

Two years ago, US President Barack Obama attended a political fundraising event for his Democratic Party hosted by Mayer at her Palo Alto home during a swing through Silicon Valley in California.