Reliance Jio hopes to replicate its successful launch of the budget-friendly JioPhone, with its latest budget laptop, JioBook. 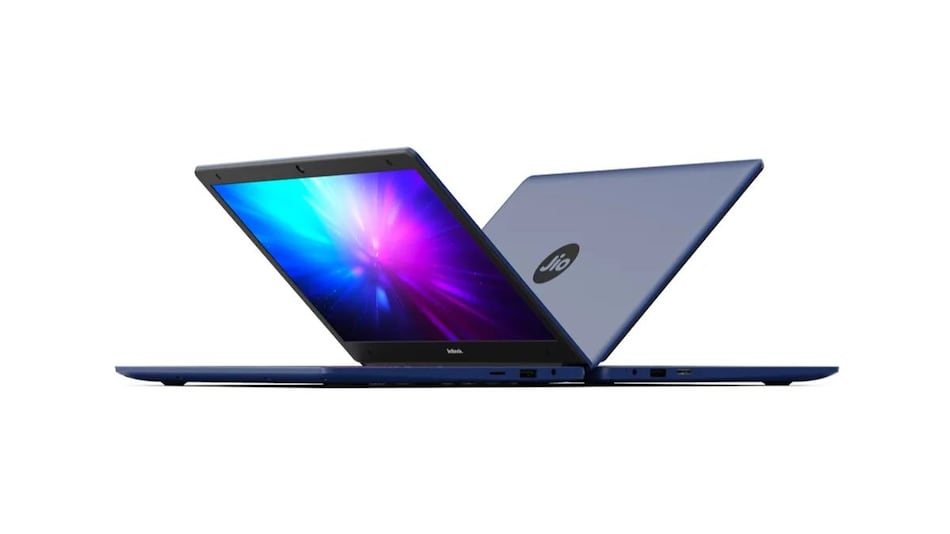 Jio's first-ever laptop will run on its own JioOS

Reliance Jio's first-ever laptop, JioBook, announced at the India Mobile Congress earlier this month is now live on sale with the laptop being made available to Indian consumers via Reliance Digital's website. The laptop first went on sale to resellers exclusively via the Government e-Marketplace, which revealed the full specifications of the budget laptop including details on its 11.6-inch display, Snapdragon 665 SoC, and a 5000mAh battery. The budget laptop, developed by the Mukesh Ambani-led conglomerate in partnership with global giants Qualcomm and Microsoft, aims to replicate the company's success of its low-cost JioPhone in the highly price-sensitive Indian market.

Reliance's JioBook has been launched with a price tag of Rs. 15,799, and is available to Indian consumers via Reliance Digital's e-commerce website. The GeM listing exclusively available for resellers had priced the budget laptop at Rs. 19,500. However, the JioBook has launched in India on Reliance Digital at a considerably lower price.

The JioBook features an 11.6-inch HD display that supports 1366×768 pixels resolution. The budget laptop is powered by the Qualcomm Snapdragon 665 SoC paired with Adreno 610 GPU. The laptop comes with 2GB RAM and 32GB eMMC storage, that is expandable up to 128GB via a microSD card. The JioBook is backed by a 5,000mAh battery, which the company claims will offer over 8 hours of battery life on a single charge. The laptop also houses a passive cooling mechanism for heat dissipation.

Jio's first-ever laptop will run on its own JioOS, which the company says has been optimised to be lightweight for superior performance.

While Qualcomm powers the JioBook's computing chip based on technology from Arm, the Windows OS maker, Microsoft, is providing support for applications on the laptop. The laptop will ship with JioStore pre-loaded for users to download and install third-party applications.

JioBook will ship with an inbuilt 4G SIM card, while other connectivity options include Bluetooth 5.0, an HDMI mini port, and Wi-Fi. The laptop also houses dual 1.0W stereo speakers, a 3.5mm audio jack, and a 2-megapixel web camera for video calling.

According to Jio, users will have to visit the nearest Jio Store with ICCID (SIM number) in order to complete their KYC and choose their preferred data plans, which will activate the inbuilt SIM card for usage on the JioBook.