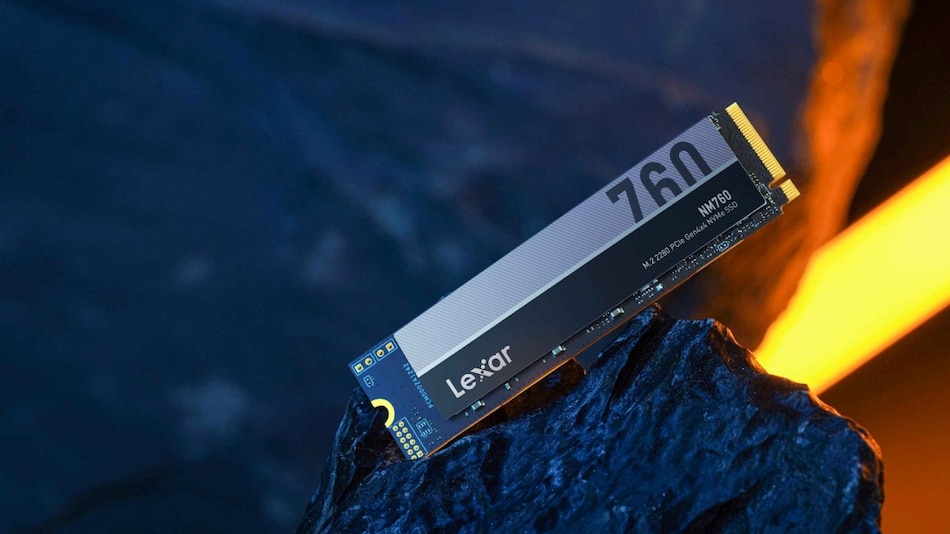 Lexar launched the NM760 NVMe SSD (solid-state drive) in India on Thursday. The new SSD is aimed at gamers and filmmakers and is designed to offer high speed data transfer and improved performance, according to the company. The new Lexar NM760 NVMe SSD offers read speeds of up to 5.3GBps and up to 4.5GBps. The company's latest NVMe SSD comes with support for PCIe Gen4x4 NVMe systems, along with backwards compatibility for PCIe Gen3 systems. It also comes with an optional heatsink to maintain performance while keeping the SSD cool, according to Lexar.

The newly launched Lexar NM760 NVMe SSD is claimed to offer peak read speeds of 5.3GBps and write speeds of up to 4.5GBps, according to the company. The M.2 2280 NVMe SSD is claimed to offer 9.6 times faster performance compared to a SATA based SSD. It is compatible with laptops and PCs, as well as PlayStation 5 gaming consoles. The drive is developed with a 12nm controller, which offers lower power consumption compared to the 28nm process used on older models, according to Lexar.

The company says that the Lexar NM760 NVMe SSD utilises PCIe Gen4x4 NVMe 1.4 technology for faster transfers, but is backwards compatible with PCIe Gen3 systems. This means gamers and creators on older systems will still be able to use the drive at slower speeds. It also comes with an optional heatsink, to keep the SSD cool with sustained performance, according to Lexar. Users can also download the SSD Dash software from the company's website to monitor the health status of their drive, update firmware and erase data securely, according to the company.