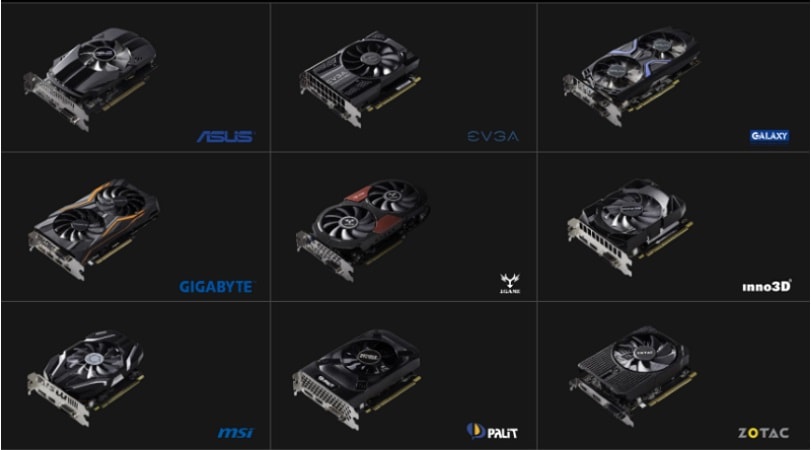 Nvidia has finally launched its entry-level GeForce GTX 1050 and GeForce GTX 1050Ti GPUs, rounding out the 10-series family which has so far been comprised mainly of high-end products. The new GPUs target entry-level gamers as well as those who are either upgrading an old PC or considering moving away from consoles.

Recommended US pricing has been set at $109 for the GeForce GTX 1050 and $139 for the GeForce GTX 1050 Ti, with availability on October 25. There will be no reference design or “Founders’ Edition” sold directly by Nvidia in some countries, so graphics card manufacturers will be making modifications and setting their own prices. Gadgets 360 has learned that Zotac will offer three models in India: a GTX 1050 priced at Rs. 10,000; a GTX 1050Ti priced at Rs. 12,500; and a higher clocked GTX 1050Ti OC Edition priced at Rs. 13,700. The two base models will have a single-fan cooler while the OC Edition will use two fans. Other companies will make their launch announcements soon.

Nvidia hopes that gamers, especially casual ones who have recently jumped on the e-sports bandwagon, will be tempted to move to PCs from consoles. Nvidia will be taking on AMD’s Radeon RX 460, promising consistent framerates above 60fps at 1920x1080 with medium to high quality settings in recent games including The Division, Fallout 4, GTA V, Overwatch, The Witcher 3, Rise of the Tomb Raider, and Star Wars: Battlefront.

Graphics cards based on both GPUs require only 75W of power which can be supplied by the motherboard, negating the need for PCIe power inputs. This means they can be inserted into even low-end PCs with basic 300W power supplies which weren’t originally designed to support add-on cards, giving new life to old PCs and reducing the cost of an upgrade.

Nvidia’s spec calls for one HDMI, one DVI and one DisplayPort output. Reference images of cards from manufacturers including Asus, Palit, MSI, Zotac, EVGA and Gigabyte indicate that cards will have dual-slot coolers, but be shorter than most common cards. Companies are free to set their own clocks and use more elaborate coolers to enable overclocking.