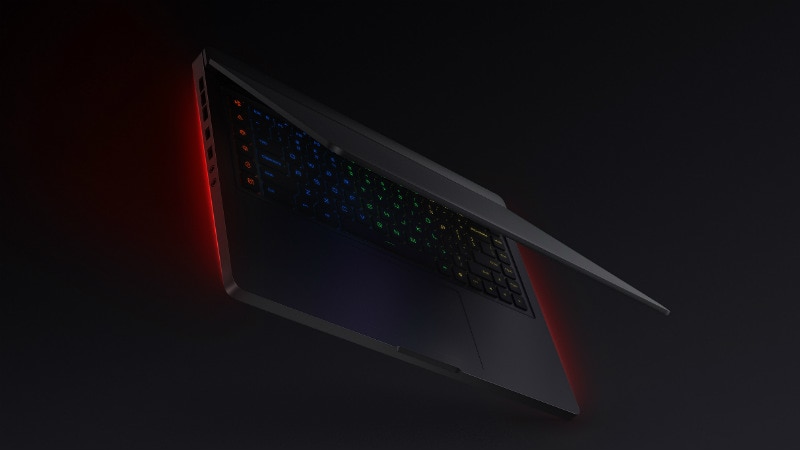 Alongside unveiling the Mi MIX 2S, Xiaomi on Tuesday formally entered the market of gaming-focused computing devices by launching the Mi Gaming Laptop. The 15.6-inch Mi Gaming Laptop is touted to be a gaming notebook that you could carry to work with a thin profile, measuring just 20.9mm thick. However, despite its skinny build, the device packs a dedicated Nvidia GeForce 1060 graphics card with up to 6GB of video memory. It will go on sale in China from April 13 in two variants, priced at CNY 5,999 (approximately Rs. 62,000) and CNY 8,999 (roughly Rs. 93,000).

On the connectivity front, the Mi Gaming Laptop has four USB 3.0 ports alongside USB Type-C, HDMI 2.0, Ethernet, and microphone and headphone jacks. There is also a 3-in-1 memory card reader. The Mi Gaming Laptop has 46-percent of air-inlet grills on its build and includes a combination of 3+2 large-diameter heat pipes. Specifically for premium audio experience, the Xiaomi notebook has two 3W speakers with Dolby Atmos and Hi-Res Audio integration.

Details about the availability of the Mi Gaming Laptop in markets other than China aren't announced yet. Having said that, considering its key specifications and features, the latest offering by Xiaomi appears to take on some of the premium gaming laptops by companies such as Asus, Acer, HP, and Razer.

We discussed Xiaomi Redmi 5 and the company's strategy for India on Orbital, our weekly technology podcast, which you can subscribe to via Apple Podcasts or RSS, download the episode, or just hit the play button below.