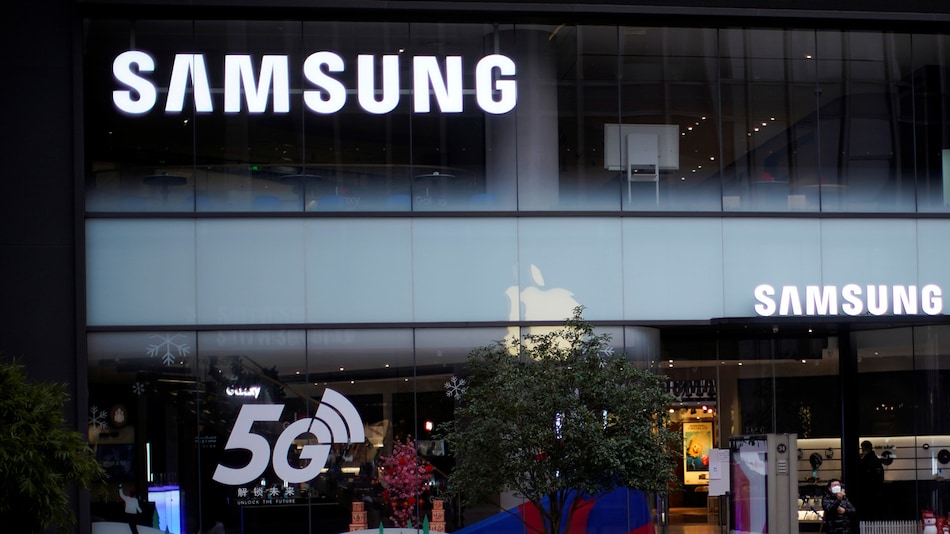 Analysts are nonetheless worried about the company's prospects this year.

When the coronavirus outbreak in China disrupted global smartphone production in February, Samsung looked set to weather the crisis better than most thanks to its limited exposure there and launches of pricey 5G phones. Its fortunes are reversing.

The world's biggest smartphone vendor, Samsung Electronics in full, warned on Wednesday of a significant drop in mobile earnings in the second quarter, as recession fears dampen demand for high-end models and carriers in major markets delay the rollouts of fast 5G networks.

The COVID-19 pandemic is hitting all vendors hard. But Samsung's strategy of focusing on 5G in advanced markets like Europe and the United States - it captured nearly three-quarters of global 5G phone sales last year - plus dwindling market share in some emerging markets could put it in a deeper quagmire.

By contrast, American arch-rival Apple now looks better positioned as China, which accounts for roughly 15 percent of its revenues has reopened shops.

By contrast, the reopening has had limited upside for Samsung as the country accounts for a small fraction of its business; it does not break out China revenue, but it accounts for less than 1 percent of its phone shipments.

Apple, whose lack of a 5G model has been seen as a key disadvantage versus Samsung, has also launched a new budget iPhone SE model that many analysts predict will prove popular among consumers in a recession.

Second quarter
Samsung's total smartphone shipments fell by 18 percent in the first quarter from a year earlier. But a higher proportion of premium and 5G phone shipments, as well as lower marketing costs, helped profits rise 17 percent at its mobile division, which includes phones and mobile network equipment.

Profits were resilient in first quarter when the industry impact from COVID-19 was largely down to the outbreak in China, analysts said. However the company faces deep pain in the second quarter which will show the hit to its business from the spread of the virus in Europe and the United States, its strongholds for premium phones, they added.

"The problem is Samsung's mobile business will be really bad," said Park Sung-soon, an analyst at Cape Investment & Securities. "It will recover in the second half, but not as strongly as Apple."

Lee Jong-min, a Samsung vice president, touched on the difficulties on Wednesday.

"Although there are signs that the spread of the coronavirus in North America and Europe is slowing down, it is too soon to be relieved," he told analysts. "Also, as it takes some time for the economy to recover, it is difficult to forecast how much of a demand drop we will see in the second quarter."

'Heartbreaking'
Samsung said the deployment of 5G networks were being delayed in India, the United States and Europe because of lockdown measures there.

In China, it expects a boost in 5G spending due to government stimulus measures, but analysts say the policies will benefit local rivals such as Huawei and Xiaomi more.

In India, where smartphone shipments jumped 12 percent in the first quarter despite the impact of a nationwide lockdown in the final week of March, Samsung further ceded market share, becoming No.3 vendor after China's Xiaomi and Vivo.

Samsung is set to face further competition in those two markets, not just from Chinese rivals but also Apple, which launched lower-priced $399 (Rs. 42,500 in India) SE model this month.

Samsung's CEO Koh Dong-jin said in late March that it aimed to reclaim its No.1 position in India by offering a wider range of models. The company also plans to boost sales of premium models in China, he added, describing its sluggish sales there as "heartbreaking".

Samsung said on Wednesday it would also boost offerings of mid and lower-end 5G models globally, while launching new premium models as scheduled in the second half of the year, including the Note and a foldable phone.

Some analysts are nonetheless worried about the company's prospects this year.

"While I am concerned about overall mobile demand, I am more worried about (Samsung's) flagship phones, as the chances they will sell well in advanced markets are fading," said Kim Ro-ko, at Hana Financial Investment.