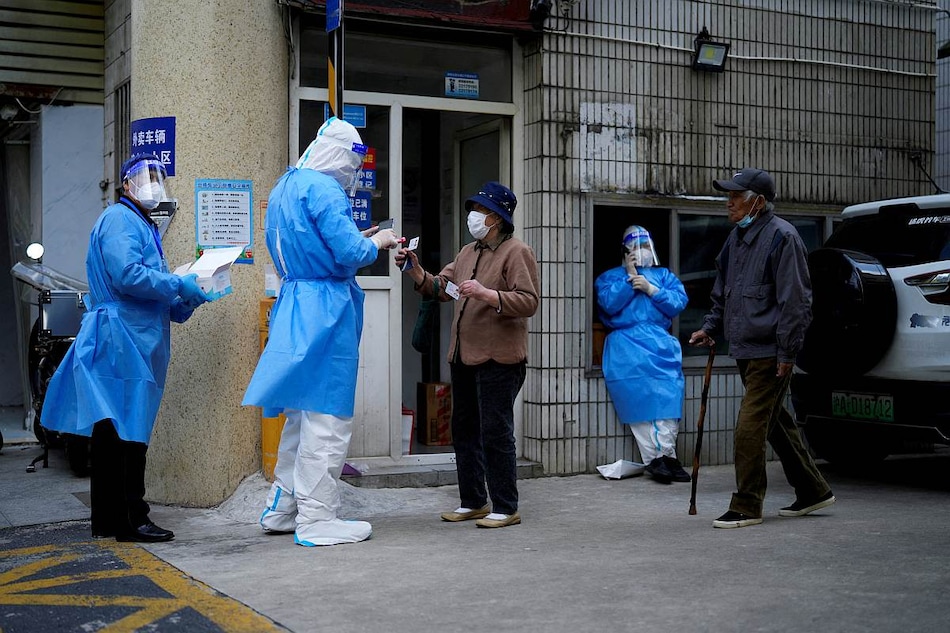 Quanta Shanghai Manufacturing City would seem like an ideal site to implement China's "closed-loop" management system to prevent the spread of COVID that requires staff to live and work on-site in a secure bubble.

Sprawled over land the size of 20 football fields, the campus houses factories, living quarters for 40,000 workers, some living 12 per room, and even a supermarket.

But as COVID-19 breached Quanta's defences, the system broke down into chaos on Thursday.

Videos posted online showed more than a hundred Quanta workers physically overwhelming security guards in hazmat suits and vaulting over factory gates to escape being trapped inside the factory amid rumours that workers on the floor that day tested positive for COVID.

The turmoil at Quanta underscores the struggles Shanghai faces to get its factories, many of them key links in global supply chains, back up to speed even as much of the city of 25 million remains locked down under China's "dynamic-zero" COVID policy.

Quanta set up its closed-loop to restart work at the factory on April 18 with about 5 percent of its workforce, or 2,000 employees, with plans to triple that by April 22. Chinese state media touted the restart as an example of how Shanghai was keeping business open in the country's biggest economic hub, while adhering to stringent COVID measures.

But cases have been reported daily at an address belonging to the campus from March 26 to May 4, according to Shanghai government data. Quanta has not disclosed the number of cases among its workers.

Calls seeking help to bring attention to positive cases which were not being isolated at Quanta began appearing on Weibo from April 6, five days after Shanghai implemented a city-wide lockdown.

More appeared throughout the month and employees began posting photos and accounts on Douyin, the Chinese equivalent of TikTok, that showed dozens of workers queuing for buses to be taken to central quarantine facilities.

They also took videos of themselves resting in Shanghai's National Exhibition and Convention Center, one of the city's largest quarantine centres, as well as at a facility purpose-built to house Quanta workers.

Reuters was not able to independently verify the footage, but two employees and a person with direct knowledge of the campus's operations said there were multiple infections there.

"Each dormitory reported a few positive cases a day, and eventually everyone became positive," said one of the two workers, who gave his surname as Li, adding that there were eight cases in his room, including him.

Employees said that cases were often not isolated for days after testing positive and the person with direct knowledge of the campus's operations said there were not enough isolation spaces, resulting in continued infections.

That was a trigger for Thursday night's chaos, employees said, as rumours spread that positive cases had been found among those working in the factories.

The workers were spooked by an order telling them not to return to their dormitories, raising fears that they could be locked down inside the plant.

While the videos of the fray were taken down by this weekend, discussion continued on Weibo and Douyin, with one user simply saying, "What a mess".