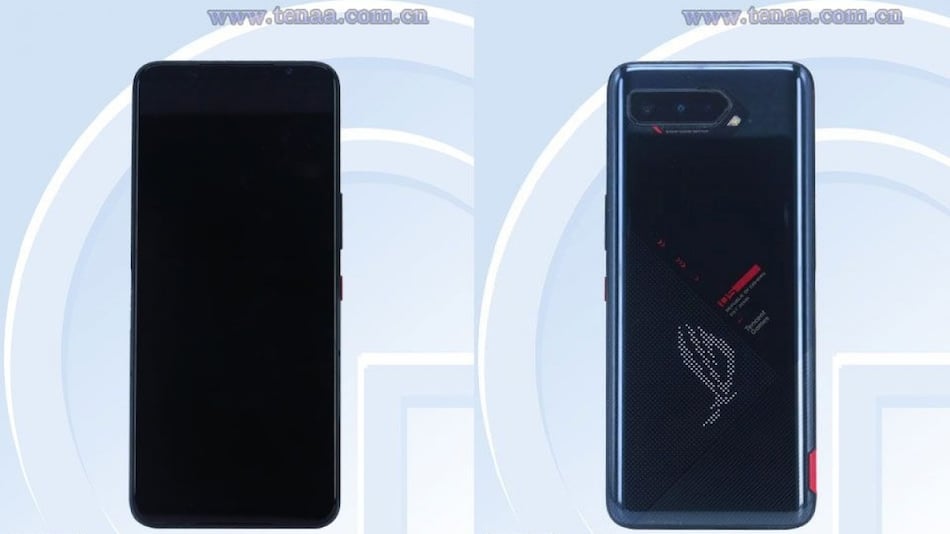 Asus ROG Phone 5 has reportedly been spotted on multiple certification websites, including MIIT and TENAA. The TENAA listing reveals the design of the smartphone with model number ASUS_I005DA, and some specifications. As per previous reports, the handset has also made it to other platforms like Geekbench and 3C certification website. The new gaming smartphone from Asus is likely to be powered by Qualcomm Snapdragon 888 SoC. Furthermore, the phone is claimed to feature a 64-megapixel triple rear camera setup, and a super-fast charging solution.

As per the MIIT listing, the alleged Asus ROG Phone 5 features a 6.78-inch display, and 6,000mAh battery capacity (two 3,000mAh batteries). The phone runs on Android 11 and has 172.834 x 77.252 x 10.29mm dimensions. The TENAA listing shows the images of the rumoured smartphones. As per the images, the phone comes equipped with triple rear camera setup and a dot matrix Aura Lighting that shows the ROG logo. Both of these listings show the phone with model number ASUS_I005DA.

The news comes a few days after a phone with the same model number, said to be associated with the Asus ROG Phone 5, was spotted on 3C website and Geekbench. The 3C listing shows the phone comes with 65W fast charging technology. Additionally, the Geekbench listing revealed it will come equipped with a Qualcomm Snapdragon 888 SoC paired with 8GB of RAM.

Recently, a phone said to be the Asus ROG Phone 5 was spotted in a live video. Tipster WHYLAB shared the alleged video, which now seems to be pulled, on Weibo.