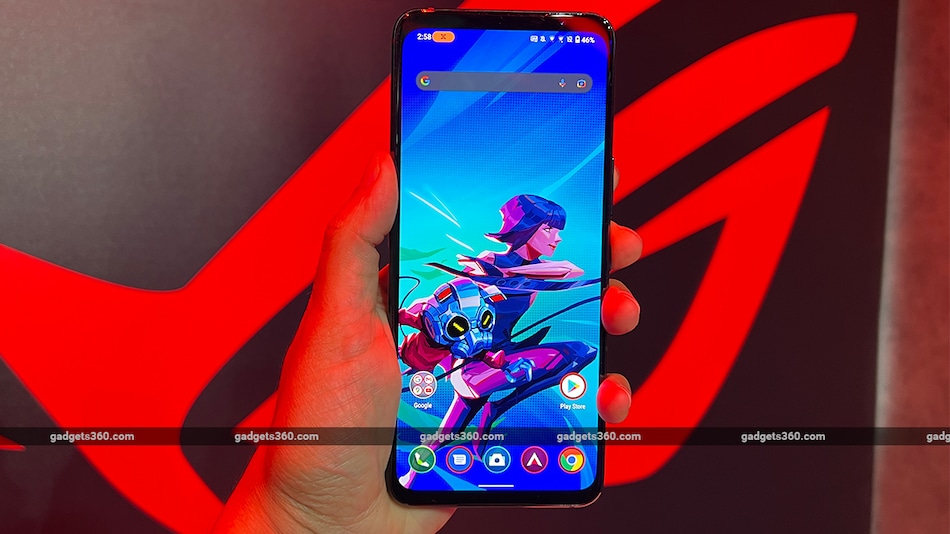 Asus ROG Phone 6D has reportedly been spotted on AnTuTu benchmark website and is tipped to come with a MediaTek Dimensity 9000+ SoC. The handset is said to have scored a little more than the Asus ROG Phone 6 Pro, which took the crown of the fastest Android flagship smartphone for the month of July. The Asus ROG Phone 6D was previously spotted on 3C certification website suggesting the presence of Dimensity 9000+ SoC. The specifications of the rumoured smartphone were also leaked online.

Given the score is correct, the Asus ROG Phone 6D beats the top scoring smartphone for the month of July, the Asus ROG Phone 6 Pro. The Pro model with 18GB of RAM and 512GB storage scored 11,14,647 points. The phone was launched in India last month at a price of Rs. 89,999.

As mentioned, the specifications of the Asus ROG Phone 6D were leaked online by Digital Chat Station earlier this week. The tipster not only hinted at the presence of the MediaTek Dimensity 9000+ SoC, but also claimed that the handset could come with a 165Hz Samsung display.

There is no official information in this regard, but the rumoured name of the smartphone suggests that it will be a part of the Asus ROG Phone 6 series that includes the vanilla ROG Phone 6 and the ROG Phone 6 Pro.