Asus ROG Phone 6D series will not be available in North America. 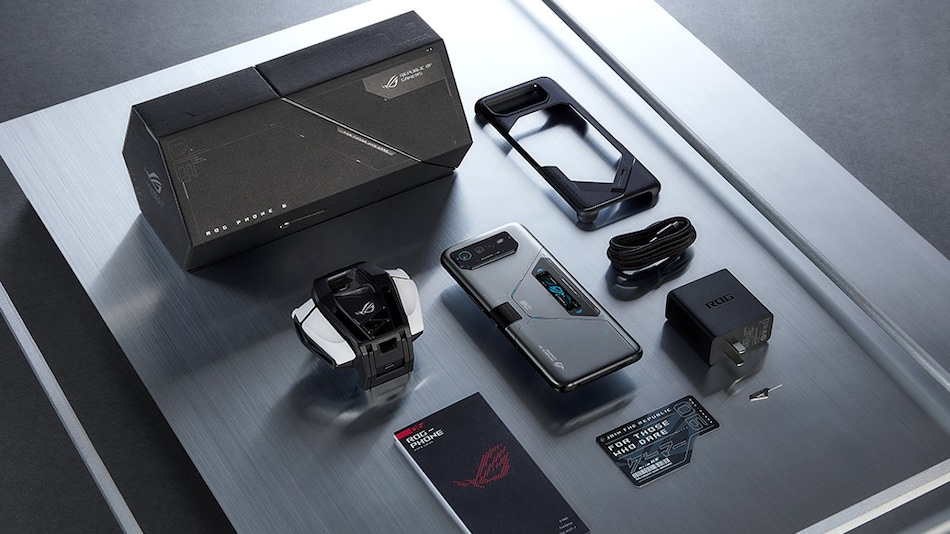 Both of these Asus handsets come exclusively in Space Gray colour. These smartphones will soon go on sale in Europe. However, the company has revealed that the ROG Phone 6D and ROG Phone 6D Ultimate will not be making their way to North America.

Asus has not revealed the pricing of the ROG Phone 6-based model of this special edition handset, which features a Snapdragon 8+ Gen 1 SoC. This variant will be sold in the US and Canada.

These new ASUS handsets share several specifications and features, including the 6.78-inch full-HD+ (1,080x2,448 pixels) AMOLED display with up to 165Hz refresh rate, 720Hz touch sampling rate, and Corning Gorilla Glass Victus protection. The Asus ROG Phone 6D and ROG Phone 6D are both powered by a Dimensity 9000+ SoC paired with a Mali-G710 GPU. They are equipped with high-speed LPDDR5x RAM and UFS 3.1 storage.

Both handsets feature a triple rear camera setup headlined by a 50-megapixel IMX766 sensor. There is also a 13-megapixel ultra-wide angle sensor and a 5-megapixel macro camera. They sport a 12-megapixel selfie camera on the front as well.

The standard ROG Phone 6D sports Aura RGB lighting on the back panel that offers up to 16.77 million colour options. Meanwhile, the ROG Phone 6D Ultimate features a 2-inch OLED display on the back that can notify users of incoming calls, charging status, and more. Users can also create custom animations for the display.

Aside from the GameCool 6 cooling system featured on the regular ROG Phone 6D, the ROG Phone 6D Ultimate also has the AeroActive Portal that is designed to directly route the airflow from the AeroActive Cooler 6 to the interior of the smartphone for enhanced heat dissipation.

Both of these Asus smartphones run on Android 12 and the company has promised two OS upgrades and up to 2 years of security updates. The ROG Phone 6D and ROG Phone 6D Ultimate are 5G handsets that also support Wi-Fi 6E, Bluetooth v5.3, and NFC connectivity. They also feature a USB Type-C port and a 3.5mm headphone jack.

The Asus ROG Phone 6 Batman Edition, depending on the region, borrows its specification from either the ROG Phone 6 or the ROG Phone 6D. North American customers will be able to purchase the Snapdragon 8+ Gen 1 SoC-powered variant whereas the rest of the world will get the Dimensity 9000+ SoC-powered model.

The smartphone has been redesigned with several Batman-related elements, the most prominent being the RGB Batman symbol on the back. The Android 12-based operating system has an animated Batman theme pack, including live wallpapers, redesigned app icon frame, custom in-display fingerprint icon, Batman-inspired notifications sounds, and more.

The Asus ROG Phone 6 Batman Edition is shipped in a custom water-resistant storage case. It also comes with exclusive three-piece Batman accessories set as well. There is a Bat-Signal Projector that can be used to project two versions of the Bat-Signal on nearby surfaces. This smartphone also comes with the Batman Aero Case that sports a 3D Batman emblem on the outside and a special 'easter egg' design on the inside. Finally, there is a Batman symbol-shaped SIM ejector pin with a Gotham-inspired holder.