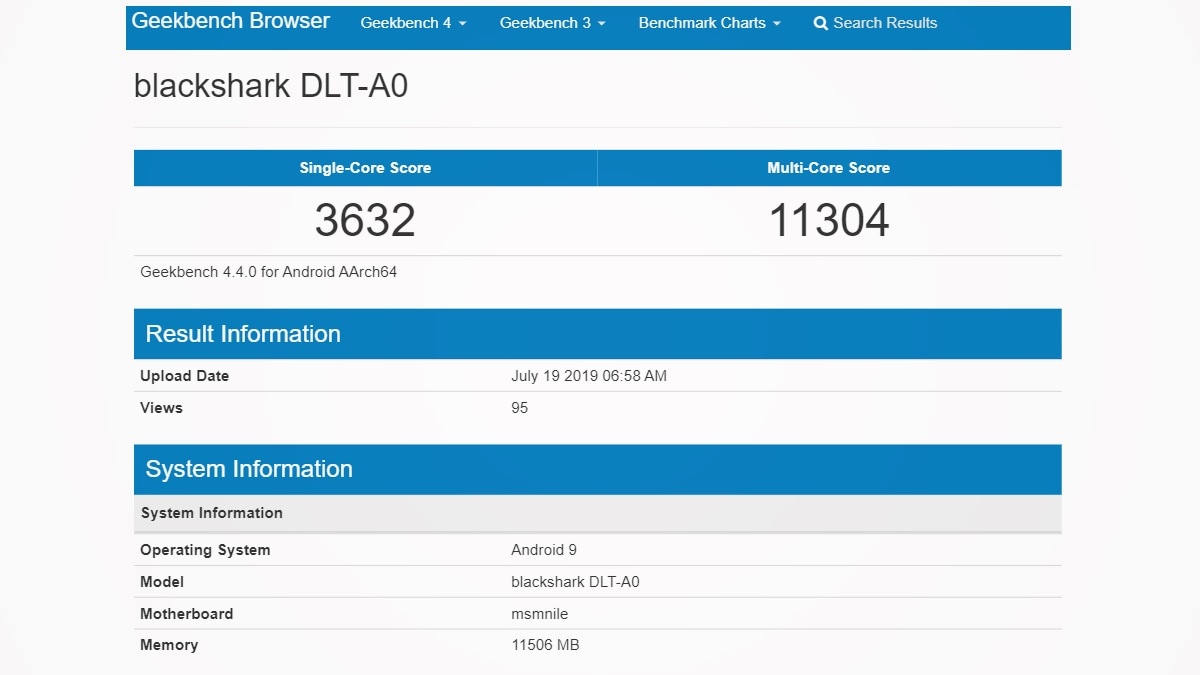 Black Shark recently confirmed the launch of a new gaming phone - the Black Shark 2 Pro – that will go official on July 30. The phone is now thought to have been spotted on Geekbench, and in the process, some of its key specifications have been revealed. The phone is tipped to draw power from the Snapdragon 855+ SoC, and as per Geekbench database, it will come equipped with 12GB of RAM and will run Android Pie. Additionally, Black Shark has confirmed that the Xiaomi-backed company is working on a 5G phone.

Now, the phone has been spotted on Geekbench, spilling some details on its internal hardware. Codenamed 'blackshark DLT-A0', the alleged Black Shark 2 Pro scored 3,632 in Geekbench single-core and 11,304 in Geekbench multi-core tests. The phone's Geekbench listing, which was first spotted by Slashleaks, indicates that it will pack 12GB of RAM and will run Android Pie. So far, we have spotted a total of six Geekbench listings of the Black Shark 2 Pro with nearly identical benchmark scores.

Separately, Black Shark has confirmed that the company is currently working on a 5G-ready phone. As per a report by ITHome, Black Shark Founder and CEO, Wu Shimin, divulged that the aforementioned 5G phone already exists as a prototype and is in the debugging stage, and will be officially launched in the first half of 2020. However, there is no word under what name will it debut and if it will make it to markets outside China.