BlackBerry Mercury Will Not Launch in India, Says TCT 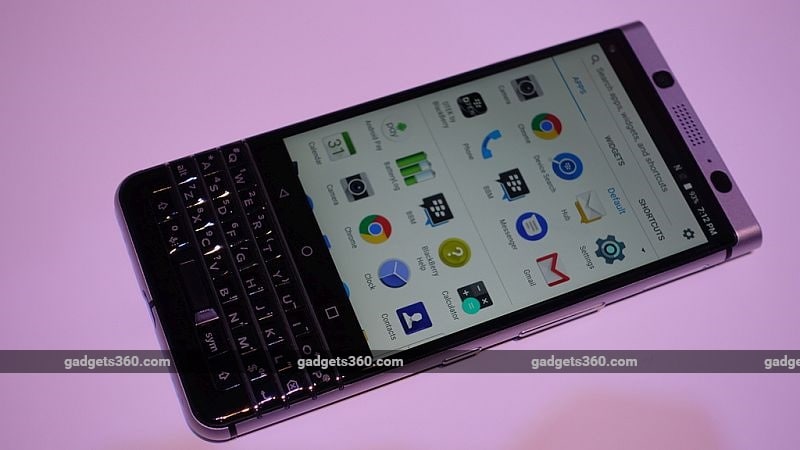 TCL Communication Technology Holdings Limited (TCT) at the side-lines of the CES preview event confirmed to Gadgets 360 that the new BlackBerry smartphone codenamed Mercury won't make it to the Indian market following the license deal in December.

Canadian smartphone maker BlackBerry on Thursday was expected to launch final QWERTY smartphone, made by TCT, at CES 2017 in Las Vegas. The company however changed plans and promised to launch the new BlackBerry Mercury at the MWC show next month. CES 2017 only saw the smartphone being revealed, without any real details disclosed alongside.

Jason Gerdon, Senior Manager, Communications North America, TCT confirmed the news when speaking to Gadgets 360. The news is not entirely unexpected, as according to the deal announced in December, TCT will be the exclusive global manufacturer and distributor for all BlackBerry-branded smartphones worldwide except of select markets including India, Sri Lanka, Nepal, Bangladesh and Indonesia.

It's worth noting that India and Indonesia were two of the biggest markets for BlackBerry smartphones, and it is uncertain just what licensing plans BlackBerry has for the two markets.

Under the terms of the agreement between BlackBerry and TCT, the Canadian company will license its security software and service suite, as well as related brand assets to TCL Communication who will design, manufacture, sell, and provide customer support for BlackBerry-branded mobile devices.

BlackBerry worked with TCL Communication (TCT) for its DTEK50 and DTEK60 handsets which are already available in several markets including India.