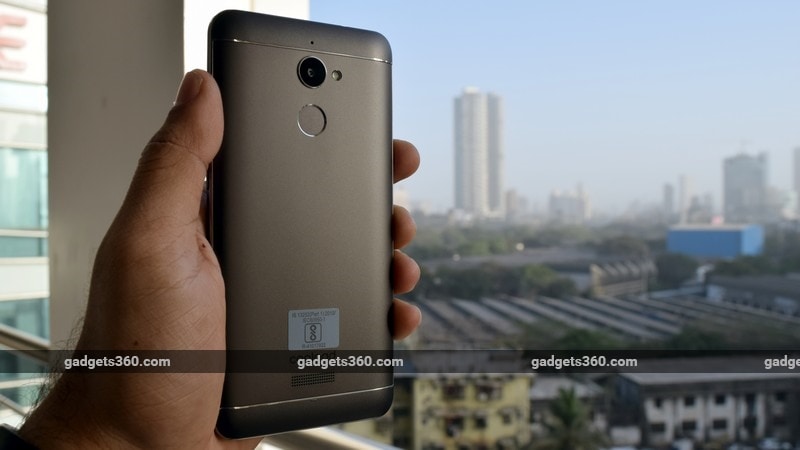 The discounted prices for the Coolpad Note 5 and Coolpad Note 5 Lite smartphones will be available during the length of the sale, i.e., from May 11-14.

"India is among the top performing markets for Coolpad where we have received a tremendous response for Note series. Both Note 5 and Note 5 Lite were among the most popular choice for smartphone buyers on the Amazon platform. The response we have got from our consumer over the years with every launch has been overwhelming and we are positive to get a similar response during the The Amazon Great India Sale which is scheduled for 11th - 14th May 2017," Syed Tajuddin, CEO at Coolpad India, was quoted as saying in the company's release.

The metal-unibody dual-SIM Coolpad Note 5 smartphone bears a 5.5-inch full-HD (1080x1920 pixels) display with 2.5D Curved Glass and a pixel density of 401ppi. It runs Cool UI 8.0, based on Android 6.0 Marshmallow. The smartphone is powered by an octa-core Snapdragon 617 SoC, coupled with the Adreno 405 GPU and 4GB of RAM.

The Coolpad Note 5 bears a 13-megapixel real camera with a dual-LED flash, and an 8-megapixel front-facing camera with its own LED flash module and a 'smart beautification feature'. The smartphone bears 32GB of inbuilt storage, expandable via microSD card (up to 64GB) - in a hybrid dual-SIM configuration, which means users can either use a second SIM card or a microSD card.

The Note 5 bears a fingerprint scanner on the back panel that's touted to unlock the smartphone in 0.5 seconds. It also supports gesture shortcuts, as well as support for both left and right hand input. The company notes that the Coolpad Note 5 supports all 4G bands in India, with 4G VoLTE support as well.

Moving on to the Coolpad Note 5 Lite, The dual-SIM smartphone runs Cool UI 8.0, based on Android 6.0 Marshmallow. It bears a 5-inch HD (720x1280 pixels) 2.5D curved glass IPS display with a pixel density of 294ppi and a 70.6 percent screen-to-body ratio. It is powered by a 1GHz quad-core MediaTek MT6735CP SoC coupled with 3GB of RAM and a Mali 720 GPU. It sports a 13-megapixel rear camera with dual-LED flash, and an 8-megapixel front camera with LED flash. It bears a fingerprint sensor on the back panel.

The Coolpad Note 5 Lite has 16GB of inbuilt storage that's expandable via microSD card (up to 64GB), and also features USB OTG support. Connectivity options include 4G VoLTE, Wi-Fi 802.11 b/g/n, Bluetooth v4.0, 3.5mm audio jack, and Micro-USB. Sensors on board include accelerometer, ambient light sensor, and proximity sensor. It is powered by a 2500mAh battery that's rated to deliver up to 200 hours of standby time. The smartphone weighs 148 grams, and measures 145.3x72.3x8.7mm.