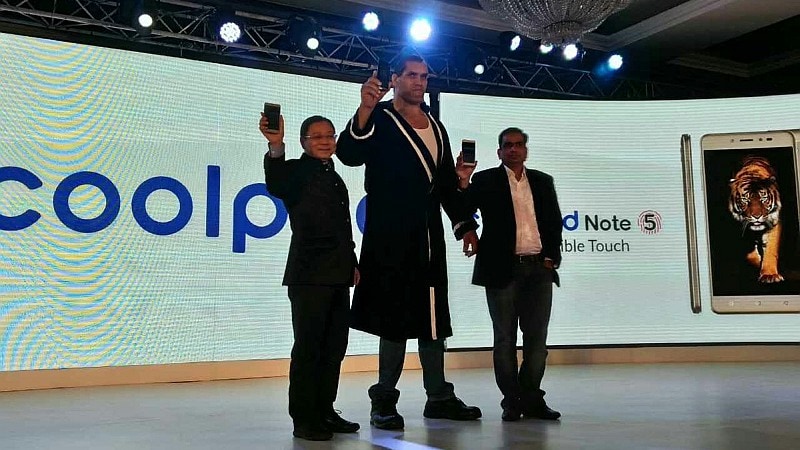 The metal-unibody dual-SIM Coolpad Note 5 smartphone bears a 5.5-inch full-HD (1080x1920 pixels) display with 2.5D Curved Glass and a pixel density of 401ppi. It runs Cool UI 8.0, based on Android 6.0 Marshmallow. The smartphone is powered by an octa-core Snapdragon 617 SoC, coupled with the Adreno 405 GPU and 4GB of RAM.

The Coolpad Note 5 bears a 13-megapixel real camera with a dual-LED flash, and an 8-megapixel front-facing camera with its own LED flash module and a 'smart beautification feature'. The smartphone bears 32GB of inbuilt storage, expandable via microSD card (up to 64GB) - in a hybrid dual-SIM configuration, which means users can either use a second SIM card or a microSD card.

The Note 5 bears a fingerprint scanner on the back panel that's touted to unlock the smartphone in 0.5 seconds. It also supports gesture shortcuts, as well as support for both left and right hand input. The company notes that the Coolpad Note 5 supports all 4G bands in India, with 4G VoLTE support as well.

The Coolpad Note 5 sports a Dual Space system that was first seen on the Coolpad Max, and enables users to have two accounts of WhatsApp, Facebook, Messenger, and other apps on the same phone. A Multi-Screen feature is also being touted, though there is not too much clarity on this front for now.