You don’t need the latest software updates to begin using the new features on Android and Wear OS. 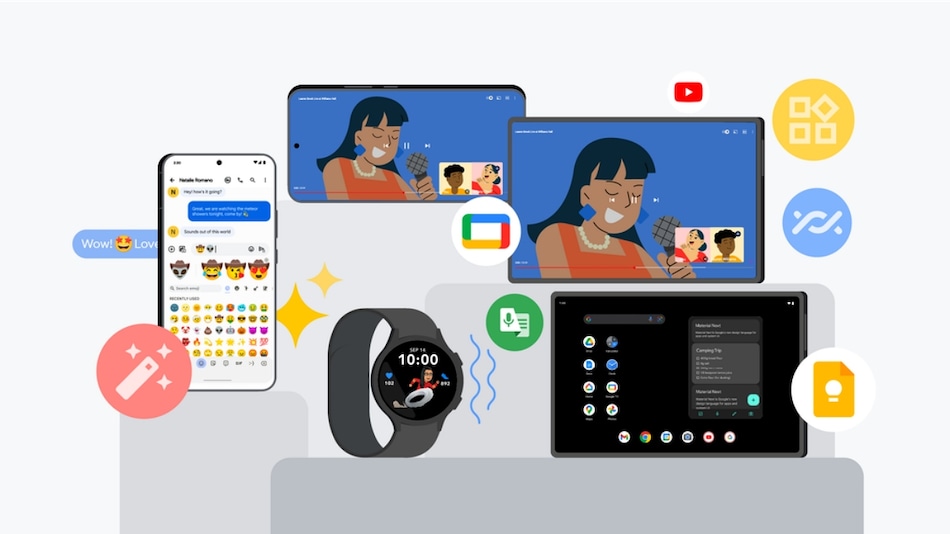 Apart from delivering a fresh serving of Android 13 to Pixel smartphones, Google has also been working to introduce some new features via its apps on Android and Wear OS devices. These new updates will also work on devices running older versions of Android and WearOS, which means that it isn't necessary for your device to be updated to the latest version of Google's operating system in order to take advantage of the new features and functionality. The company has updated core features like Nearby Share and its apps like Google Drive, Google Keep, as part of the recently announced improvements.

Nearby Share is a useful tool for sharing files, photos and more with your own devices or those around you. But the process of sharing it has not been a smooth one. Google is now making it a lot easier to share files with other devices that you own. Android devices logged into your Google account will now show up directly in the sharing menu reducing the need to search for your own devices and get transfers done a lot faster. Moreover, transfers to logged in devices will automatically be accepted and work even if the screen on a nearby device is off.

Google recently updated its Workspace apps for better multitasking on tablets and large-screen devices. A new update that's geared towards tablets will now bring redesigned widgets for Google Drive and Keep, that are now spread-out to take advantage of the wider screen space available on tablets. Google's Drive widget will also add one-touch access to Docs, Slides and Sheet files, while Google Keep gets a bigger widget that works better with to-do lists, reminders and more.

The Gboard keyboard app has been updated with an 'emojify' button that automatically adds emoji to typed text or a typed sentence at the press of a button. The roll out for the same will happen over the next few weeks. The feature for now will only be limited to Gboard English users and is already available to those on the latest beta version of Gboard. Google has also added new Emoji Kitchen mashups that are available as stickers in Gboard.

Google's Meet service on Android phones and tablets also gets a live sharing feature where users can instantly co-watch YouTube videos or live share while playing classic games in groups of up to 100 at a time. Meet also now includes the ability to pin multiple users, allowing users to focus on a few people on a group call.

Sound Notifications feature has been around for a while and can be found inside the Live Transcribe and Notifications menu. It can alert users who are hard of hearing of critical household sounds like fire alarms, door knocks and even running water and push alerts to your Android phone or watch when they occur. With a new update, users can now add custom sounds to their alert library, so they can be alerted about the same. Google has also added audio descriptions on Google TV for those who are blind or with low-vision, that narrates live visual information as it happens.

Meanwhile, a new Keep tile will let users dictate a note or checklist directly from their Wear OS-powered smartwatch. The new update will even let users manage notes and lists made across devices without the need to reach for their tablet or smartphone. Another update coming soon to Wear OS smartwatches is a Bitmoji watch face that can change expressions depending on the time of day. Users will have to design their personal avatar on the Snapchat, Bitmoji.com or the Bitmoji mobile app. The Bitmoji watch face can then be installed to push the same expressions to the Wear OS watch face.