Google Workspace Apps Being Optimised for Bigger Screens Like Tablets: All Details

Users can upload files to Google Drive on Android by simply dragging and dropping them into the app. 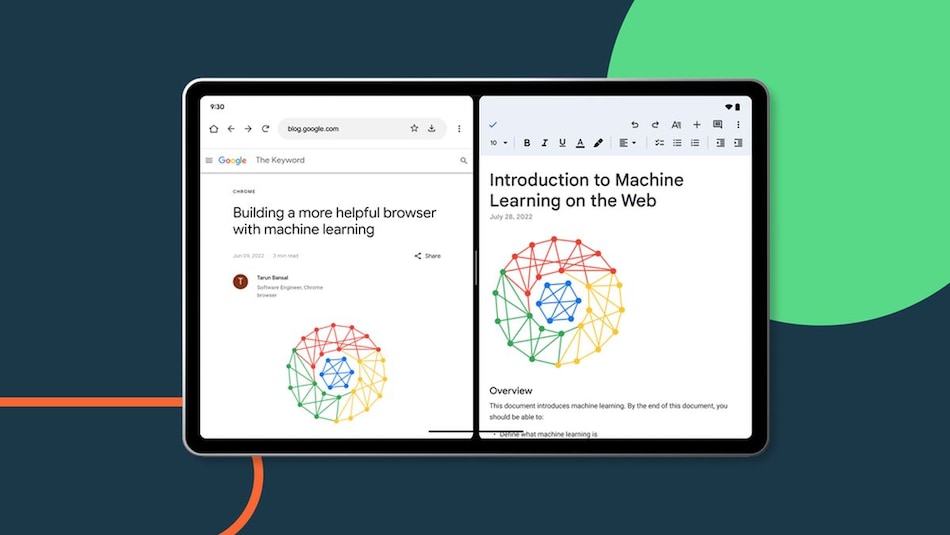 Google is optimising its Workspace apps including Google Drive, Docs, Sheets, Slides, and Keep for Android tablets. Several new features are being rolled out to the Workspace apps as a part of the optimisation including the ability to drag and drop files, multiple windows that can be opened side by side in Google Drive, and keyboard shortcuts. In June, the American tech company had added cut, copy, and paste keyboard shortcuts to Google Drive on Web.

Android had introduced 12L, an update that was made for use on devices with bigger screens like tablets, earlier this year.

The tech company had announced that it will be updating more than 20 Google apps to make them optimised for the bigger screens. Google has kept its word, and is now rolling out updates to Google Workspace apps. Apps like Google Drive, Docs, Sheets, Slides, and Keep are now being optimised for Android tablets.

Several new features are being rolled out to the Workspace apps as a part of the optimisation. Users will now be able to drag text or images from apps like Chrome or Sheets, and drop that content into an existing document or spreadsheet cell. Users can also upload files to Google Drive on Android tablets by simply dragging and dropping them into the app. Links can be added to Drive files by dragging the file into an app like Keep. In Google Keep, you can insert images saved in notes to other apps by dragging them out of the image carousel.

Apart from this users will also be able to open Drive windows side-by-side. This can be done by tapping on the three-dot menu on Drive and clicking the ‘Open in new window' option. If users are using a keyboard to type on tablets, they can make use of usual keyboard shortcut functions including cut, copy, paste etc in Docs, Drive, and Slides.

To recall, Google added the cut, copy, and paste keyboard shortcuts in Google Drive Web in June. Uses can access the functions from Chrome browser on Windows and MacOS devices. Users also have the option to attach a link and the title of the file they wish to share in an email or a document with the addition.