Google has collaborated with iFixit to provide parts under Genuine Pixel Parts Program. 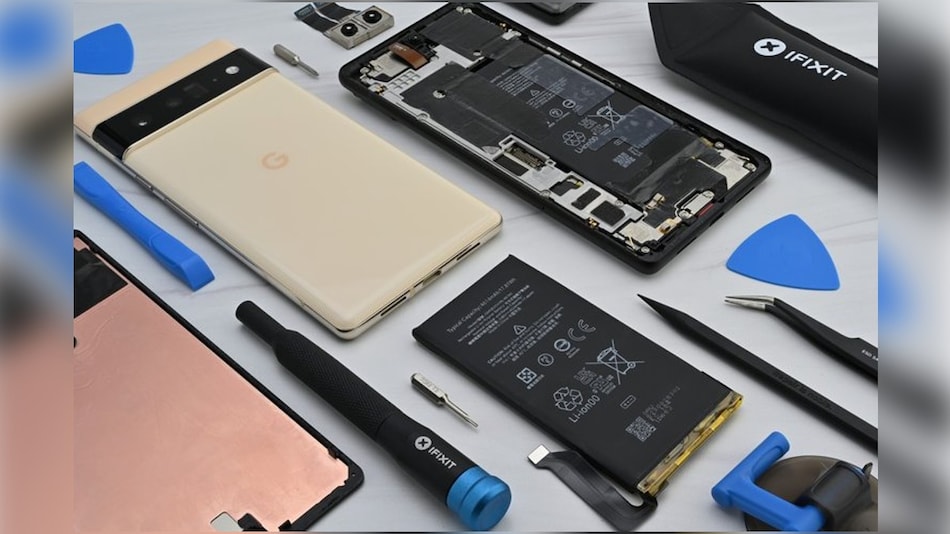 Google has launched a self-repair programme that will allow Pixel owners to repair their phones themselves. Google said that it has collaborated with iFixit, an online repair community, for its Genuine Pixel Parts Program. It will provide step-by-step phone repair guides as well as genuine Pixel smartphone spare parts. The parts will be available for purchase at ifixit.com for Pixel 2 through Pixel 6 Pro, as well as future Pixel models, in the US, UK, Canada, Australia, and EU countries starting later this year.

As per a blog post by Google, the full range of spare parts for common Pixel phone repairs including batteries, replacement displays, cameras, among others will be available either individually or in iFixit Fix Kits. These kits will include tools like screwdriver bits and spudgers. Google already offers repairs by authorised technical experts in countries where Pixel phones are available.

Meanwhile, iFixit says that the full set of tools in our Pixel repair kits will include iOpener, replacement pre-cut adhesive, iFixit opening picks (set of six), iFixit opening tool, suction handle, angled tweezers, precision bit driver with integrated SIM eject tool, and 4mm precision bits appropriate for the specific Pixel phone. It also says that the step-by-step Google Pixel phone repair guides are live for every Pixel through the Pixel 5, and they are currently writing guides for the Pixel 5a, Pixel 6, and Pixel 6 Pro.

Doctor Strange in the Multiverse of Madness Tickets Now Live for IMAX, 4DX Across India