The Google executive had tweeted a screenshot that he later pulled to apparently cover up the accidentally leaked details about the Pixel 6 Pro. 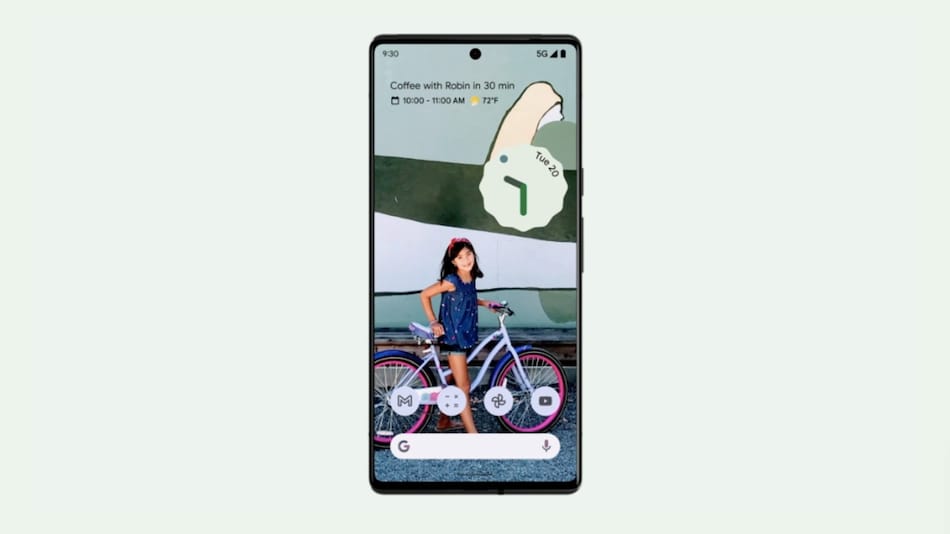 Google Pixel 6 Pro specifications are yet to be detailed by the company. But in the meantime, Google Senior Vice President of Platforms and Ecosystems Hiroshi Lockheimer has possibly suggested some details about the upcoming flagship through a screenshot posted on Twitter. The screenshot, which Lockheimer pulled after it came to notice of some people, suggested the presence of an in-display fingerprint sensor on the Pixel 6 Pro. The new phone will launch alongside the regular Pixel 6. Both Pixel 6 Pro the Pixel 6 will come with Google's proprietary SoC called Tensor.

As spotted by the team members of XDA Developers, Hiroshi Lockheimer had posted a tweet earlier this week to show off the Material You design of Android 12. However, the screenshot that he posted — and later deleted — appears to have been captured from a Pixel 6 Pro and indicates its in-display fingerprint sensor.

In addition to the in-display fingerprint sensor, the screenshot was originally believed to have suggested the screen resolution of the Pixel 6 Pro. It was, however, later found that the resolution was not of the Pixel phone but of the device where it was downloaded. The Pixel 6 Pro is speculated to feature a 1,440x3,120 pixels resolution display.

The screenshot doesn't have any clear evidence to prove its relation to the Pixel 6 Pro. Nonetheless, the Google-style icons appearing on the image do suggest that it might be captured on the upcoming flagship. Lockheimer's gesture of silently pulling the screenshot also hints that it might have leaked some unannounced details.

It's not the first time a Google executive has apparently divulged some details about an upcoming phone. Last year, Google SVP of Hardware, Rick Osterloh, had given us a sneak peek of the Pixel 4a by posting a screenshot that had a hole-punch display.

Earlier this month, Google announced the Pixel 6 and Pixel 6 Pro as its two new flagship phones that it would launch later this year. The new models will be powered by the company's in-house Tensor SoC and run on Android 12 out-of-the-box. The Pixel 6 Pro is said to have a 6.7-inch QHD+ display with a 120Hz refresh rate, whereas the Pixel 6 will reportedly have a 6.4-inch full-HD+ display with a 90Hz refresh rate. Both phones are tipped to have 33W fast charging support.