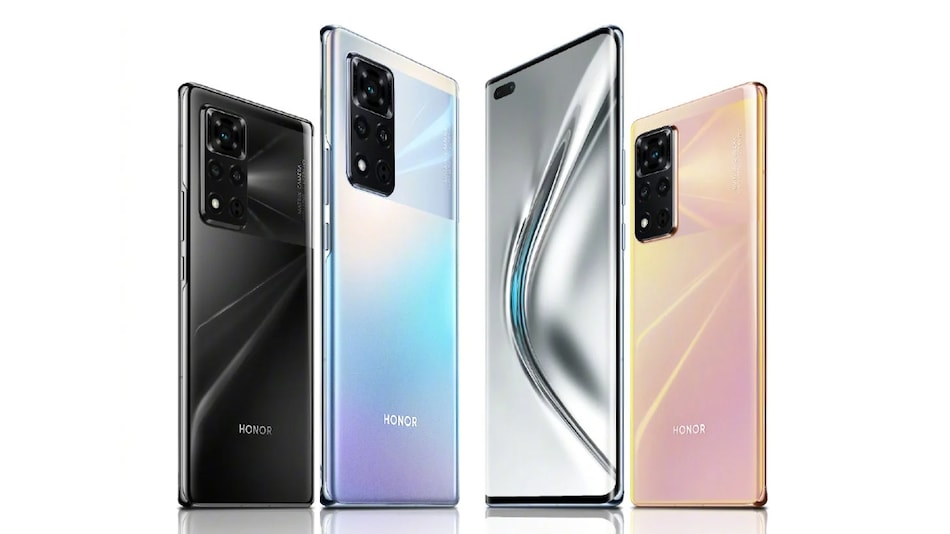 Honor V40's launch date has been postponed to January 22. The smartphone was supposed to launch on January 18 but Honor took to Weibo to announce that the phone will launch and go on sale on Friday, January 22 instead. Ahead of the launch, Honor V40 has been listed on a Chinese retailer site where it is now up for reservations. The listings reveal official renders of the upcoming phone. The poster shared by Honor shows the phone in black, blue, silver, and peach colour variants.

The company announced through a Weibo post that Honor V40 will be launched on January 22 instead of January 18, citing conference venue and equipment related issues as the reason for the delay. The smartphone will launch on January 22 at 10am local time (7:30 am IST) in China and go on sale 12pm noon (9:30am IST) on the same day.

Honor V40 has been listed on Suning, a Chinese online retailer. The renders uploaded on the listing page of the phone confirm that it has a rectangular-shaped camera module with a triple rear camera setup, laser autofocus, and LED flash. The display has curved edges and the upper-left corner of the screen has a pill-shaped cutout.

Besides that, hands-on images of Honor V40 have also been leaked ahead of its launch. Honor V40's new graphics acceleration engine, dubbed the GPU Turbo X, was also shared by the company via Weibo, as per a report. The video shared by Honor teases the graphics acceleration feature that the phone will boast of. This feature is likely to improve the mobile gaming experience on Honor V40.