Huawei P50 series is teased to have a dual ring camera design and curved-edge display. 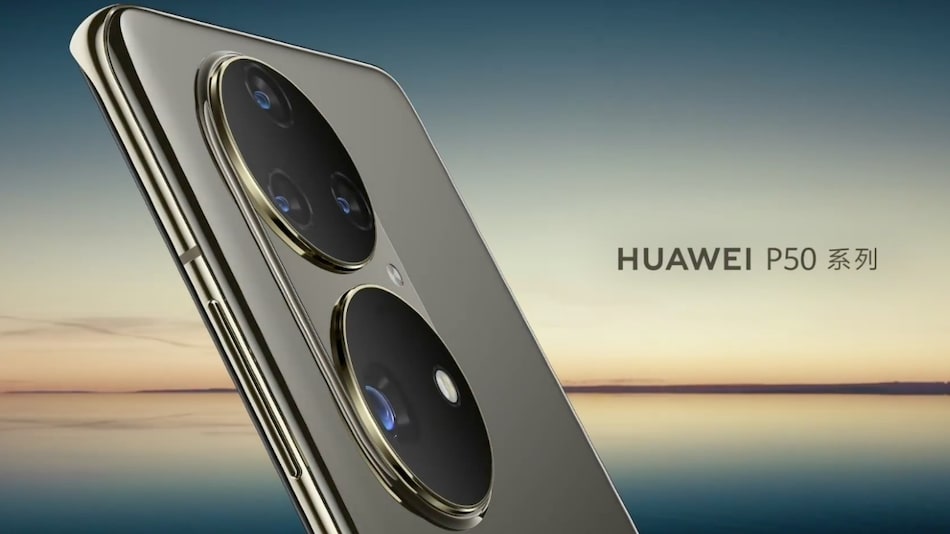 Huawei P50 series global launch has reportedly been confirmed. The new smartphone series from the Chinese manufacturer is initially coming to China on July 29. It is teased to have Leica optics and is expected to have HiSilicon Kirin 9000 and Qualcomm Snapdragon 888 SoCs. The Huawei P50 series is also speculated to have the regular Huawei P50 as well as the Huawei P50 Pro and the top-of-the-line Huawei P50 Pro+. The top-end model is likely to have a quad rear camera setup and a periscope lens.

Citing a company representative in Finland, GSMArena reports that the Huawei P50 series will launch globally. Exact details about the launch are yet to be revealed, though.

Earlier this week, Huawei took to Weibo to confirm that its P50 series is debuting in China on July 29. The company also released a teaser video that shows off the Leica-backed optics and a 125mm periscope lens with an f/3.4 aperture on one of the Huawei P50 models. The Huawei P40 Pro+ was also launched last year with a similar 125mm lens that enabled 10x optical zoom.

The teaser video also suggested curved edges and a metal build on the new Huawei phone models. Further, it suggests a dual ring camera design that was tipped earlier.

Huawei is also rumoured to offer a patented liquid lens technology on its P50 series to provide millisecond-level focussing. The new smartphone models by the company are also expected to have hole-punch displays and 5G support. You can also expect Huawei to provide some custom experiences through its proprietary HarmonyOS.

The China variants of the Huawei P50 series are expected to have the Kirin 9000, but the global models could come with the Snapdragon 888 SoC. There could also be some 4G-only models specifically for global markets.

Last year, Huawei launched its P40 series in China that included the P40, P40 Pro, and the P40 Pro+. All those three phones came with 5G connectivity and had the Kirin 990 SoC. Huawei also expanded its P40 series with the P40 4G variant in March this year.