Apple is predicted to have plans for producing 130–150 million iPhone units in the second half of this year. 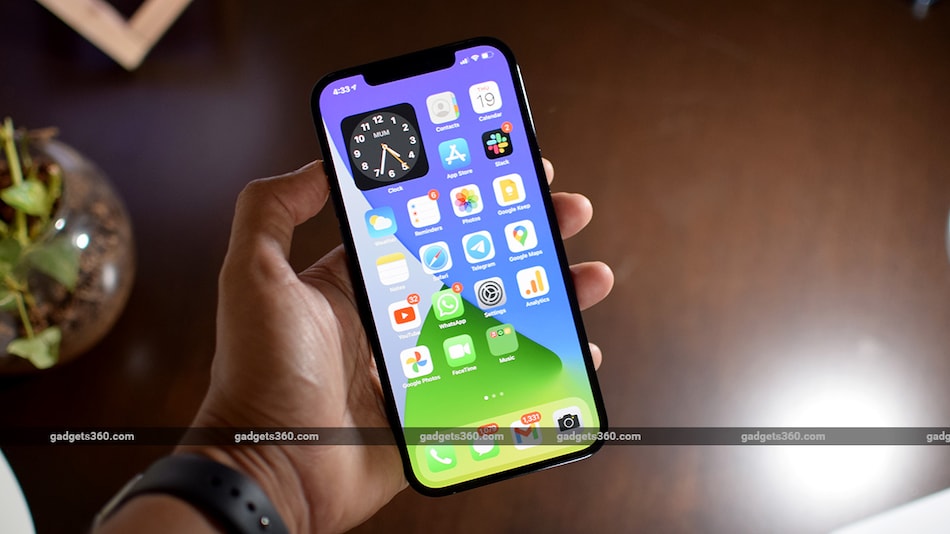 iPhone 13 launch has reportedly been reiterated for the third week of September in a note to investors by a market analyst at the wealth management firm Wedbush Securities. Apple is also predicted to have the iPhone 13 representing 35 to 45 percent of the total iPhone production in the third quarter of this year. Separately, Mark Gurman of Bloomberg has provided a roundup of what all Apple is expected to unveil along with its iPhone 13 family. The new models in the 2021 iPhone lineup are believed to feature Apple's A15 chip and a smaller display notch.

MacRumors has cited Wedbush analyst Daniel Ives' investors note in a report that predicts a September third-week launch for the iPhone 13 models. It corroborates a previous report from Wedbush Securities that also suggested a similar timeline for the launch. The analyst is also said to have mentioned in the note that there would be a 1TB storage option for the high-end iPhone 13 Pro models.

Apple is predicted to have plans to produce 130–150 million iPhone units in the second half of the year. The iPhone 13 could be between 35 to 45 percent of the total iPhone models built in the third quarter — thanks to the “normal” launch timing, the analyst reportedly mentioned in the note.

In addition to Ives' note, Bloomberg's Mark Gurman has suggested some of the features of the iPhone 13 series. The Apple reporter has shared a roundup coverage of the company's next-generation hardware in his weekly newsletter called PowerOn.

Gurman presumes that instead of going for “S” models this time — an iPhone 12s as rumoured earlier — Apple may call the new offerings the iPhone 13.

“Year two of the big 5G push is a fair marketing reason to jump to 13 — despite the number being considered unlucky in some regions,” he writes in the newsletter, adding that the move to the smaller notch could also be the reason for moving to iPhone 13 instead of going with iPhone 12s.

On the features part, Gurman restates what has been in the rumour mill for some time, which is four different models in the lineup, with 5.4-inch and 6.1-inch sizes reserved for the regular models and 6.1-inch and 6.7-inch versions for the iPhone 13 Pro models.

The iPhone 13 models are also said to have a list of new camera capabilities, including a new video version of the existing Portrait mode that could be called Cinematic Video. You could also expect a new AI-driven filter system to apply different styles to your photos and the iPhone 13 Pro models could get a higher-quality video recording in ProRes.

Gurman additionally says that the iPhone 13 models would come with a faster A15 chip that would carry the same core counts as the existing A14. There could also be a new screen technology with ProMotion support to offer up to 120Hz refresh rate on the iPhone 13 Pro models. Additionally, an always-on display mode is believed to be a part of the new iPhone models.

Alongside the iPhone 13, Gurman says that Apple is expected to unveil the Apple Watch Series 7 with flatter displays and an updated screen technology as well as a faster processor. Apple is also said to be working on variations of its service called Time to Walk that was introduced on Apple Fitness+. It could include self-explanatory Time to Run and Audio Meditations.

Gurman predicted that Apple would also bring new entry-level AirPods (aka AirPods 3) with a design similar to the AirPods Pro, including an in-ear shape and shooter stem. He calls it the most significant update on the designing part of the AirPods since the initial launch of the earbuds back in 2016.

Apple is also said to have a new iPad mini in the works that is believed to have thinner bezels and a redesigned build that may look similar to the latest iPad Air. Gurman also suggests that a new, slimmer and faster ninth-generation iPad may additionally come for students. Further, he touched upon the new MacBook Pro models that are expected to come with an M1X chip. The journalist said that the new models “should still go on sale by the time the current MacBook Pro hits its two-year anniversary.”

Gurman also believes that Apple is launching its new hardware this fall. However, he hasn't yet provided an exact launch date.