LG announced its exit from the smartphone market earlier in 2021. 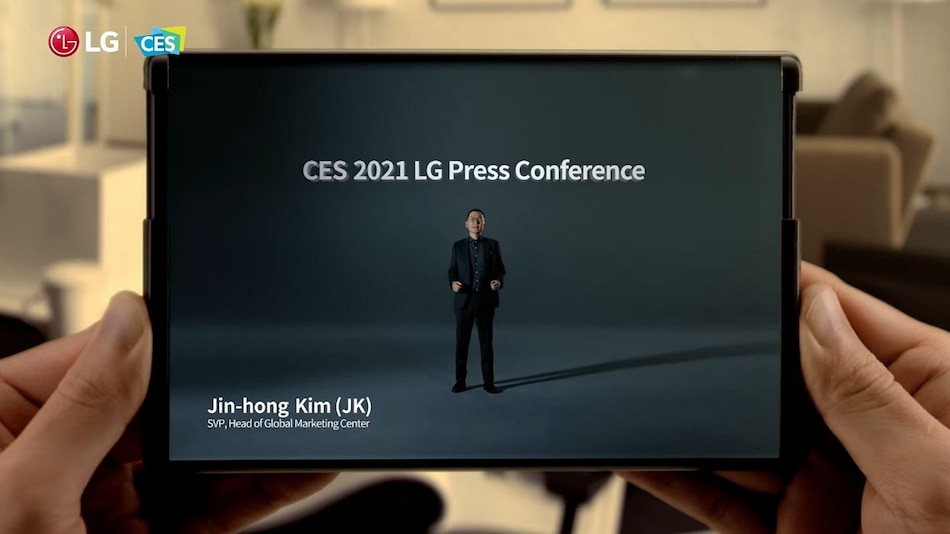 LG Rollable was first teased at the Consumer Electronics Show (CES) last year. Now, one year after the company announced its departure from the smartphone business, the hands-on video of the LG Rollable has surfaced online. The hands-on video gives us a glimpse of the design and the side-expanding foldable display of the unreleased phone. In the video, the screen of the phone expands from one side to transform from its smartphone shape to a tablet shape. The LG Rollable is seen carrying a triple rear camera unit.

YouTube channel Checkout Tech has posted the hands-on short video purportedly showing the LG Rollable. The video appears to show the entire design and user interface of the unannounced phone for nearly 24 seconds. It is shown with slim bezels on the side and thicker bezels on the top and bottom. The display and the frame on the right side extend to show its tablet-like form factor. Three rear camera sensors along with an LED flash are seen arranged in the upper right corner of the handset. Further, there is a green sticker on the back with the number '3'.

The LG Rollable was first showcased by LG at the company's virtual CES 2021 press conference in January. Later in April first week, the brand announced its exit from the smartphone market saying that it will focus its resources on growth areas such as electric vehicle components, connected devices, smart homes, robotics, artificial intelligence, and business-to-business solutions, as well as platforms and services. It wasn't a sudden move as the mobile division of the South Korean company had been making losses for some time. While announcing its withdrawal from the smartphone market, LG didn't provide clarity on what happens to phones that are in the pipeline.