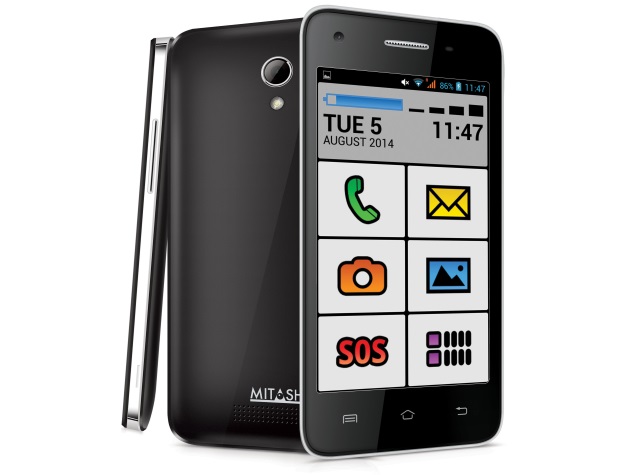 As the name suggests, the Mitashi Play Senior Friend Android-based smartphone is targeted at senior citizens and packs accessibility features such as a large font dialler; large font for storing contacts and reading messages; SOS button for emergencies, and colour coded icons.

The Mitashi Play Senior Friend smartphone runs Android 4.4 KitKat and features dual-SIM support. It is powered by a 1.2GHz dual-core processor (unspecified chipset) alongside 512MB of RAM. It bears a 4-inch IPS display and comes with 4GB inbuilt storage. It sports dual cameras and supports expandable storage, however, no maximum supported capacity has been mentioned. There is no word on the battery capacity of the Mitashi Play Senior Friend smartphone, and no connectivity options have been listed.

Commenting on the launch, Adnan Chara, Vice President, Gaming, Toys and Telecom, Mitashi Edutainment Pvt. Ltd, said, "A detailed market research done by us suggested that the senior generation, while being largely technophobic is also looking at their grand kids engaging actively on android platform and definitely want to get into the bandwagon - all they need is a little push! Research also indicated that current generation smartphone users were guilt conscious while using a high priced smartphone for themselves because their parents and grandparents at home were still active on a low priced feature or bar phone. Thus we thought of addressing the need of a smartphone exclusively made keeping their needs in mind. In fact, India has 5 percent of its population over the age of 65 and this in itself presents a big potential market."