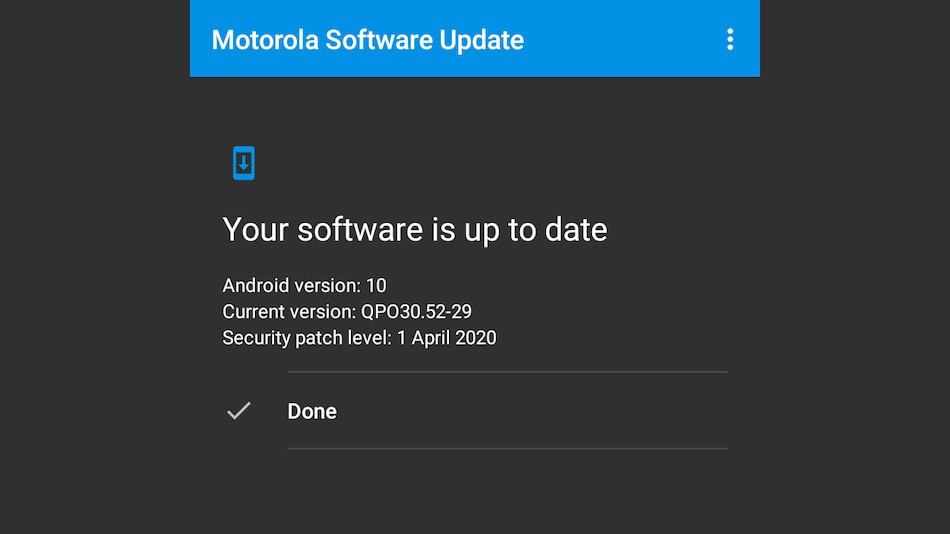 A Reddit user from Brazil posted that he received the Android 10 update on his Moto G7 Power. The Motorola Brazil Twitter account has also been responding to user queries, confirming the commencement of Android 10 rollout. The Lenovo-owned smartphone maker says that the update is rolling out for Moto G7 Power users in a gradual manner. Users should be notified of an update when it reaches their device. Alternatively, you could manually check in the Settings app to see if you've received the update. The Android 10 rollout upgrade news hasn't been published on Motorola's Brazilian software upgrade news page yet, but it is likely to be refreshed soon.

Based on the screenshots, the Moto G7 Power Android 10 update comes with version number QPO30.52-29. It brings along the April 2020 Android security patch alongside. Ensure that you update your Moto G7 Power under a strong Wi-Fi connection and while the phone is on charge. Also, it is recommended to have at least 80 percent battery life on the phone or keep the Moto G7 Power on charge while you update.

The Moto G7 Power was launched in India last year in February. Key specifications of the Moto G7 Power include a 6.2-inch 19:9 panel, Qualcomm Snapdragon 632 SoC, and a 5,000mAh battery. Motorola claims that the Moto G7 Power is capable of delivering as much as 60 hours of battery life on a single charge. The phone also supports Motorola's TurboPower fast charging technology. It is currently priced at Rs. 15,999 in the country after the GST increase on smartphones.

Google Meet Noise Cancellation Feature Rolling Out Now on Web Version
LG Velvet 4G Variant With Snapdragon 845 SoC May Be in the Pipeline, Spotted on Geekbench With 6GB RAM