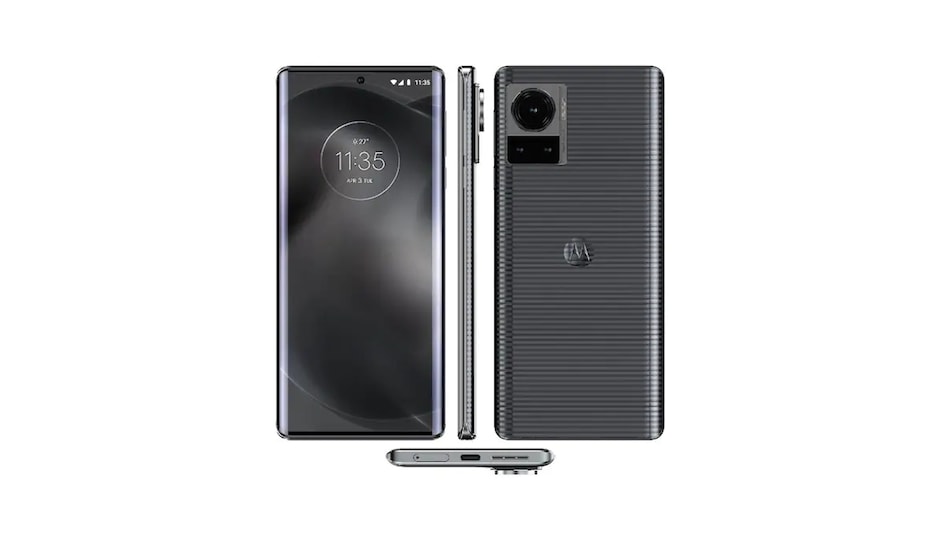 Motorola Frontier is a rumoured flagship smartphone that could arrive later this year. Various leaks have hinted at its design and specifications. Now, an alleged live image of the handset has surfaced which offers a close look at the rear camera island. The alleged image depicts a large cutout for a 200-megapixel sensor. There is a line of text on the camera island that suggests that it houses a 200-megapixel HPI sensor with optical image stabilisation (OIS) and an f/2.2 aperture.

The leaked Motorola Frontier image was posted on Weibo by tipster Fenibook. As mentioned earlier, the image suggests that this flagship handset could arrive with the 200-megapixel Samsung ISOCELL HP1 sensor. This sensor was announced in September 2021. According to the company, it is capable of recording 8K (7,680x4,320 pixels) videos at 30 fps with a minimal loss in the field of view.

Past reports have shed some light on the specifications of the Motorola Frontier. It is believed to sport a 6.67-inch full-HD+ OLED curved display with a refresh rate of 144Hz. This handset is expected to be powered by a Qualcomm Snapdragon SM8475 SoC, which could be an upgraded version of the Snapdragon 8 Gen 1 chipset. It could house 12GB of LPDDR5 RAM and up to 256GB of UFS 3.1 storage.

The rear camera island is said to feature the 200-megapixel ISOCELL HP1 sensor paired with a 50-megapixel wide-angle camera and a 12-megapixel telephoto sensor. The Motorola Frontier is believed to also feature a 60-megapixel front camera.

Recently, the Lenovo General Manager for Mobile Phone Business shared an image of a 125W charger on Weibo, which could be a charger for the Motorola Frontier. The handset has been tipped to have a 4,500mAh battery that supports 125W wired charging and 50W wireless charging.

Call of Duty: Vanguard Multiplayer Mode Is Free to Access for 2 Weeks