Moto G62 5G may come as the next Moto G model in India after the confirmed launch of the Moto G42. 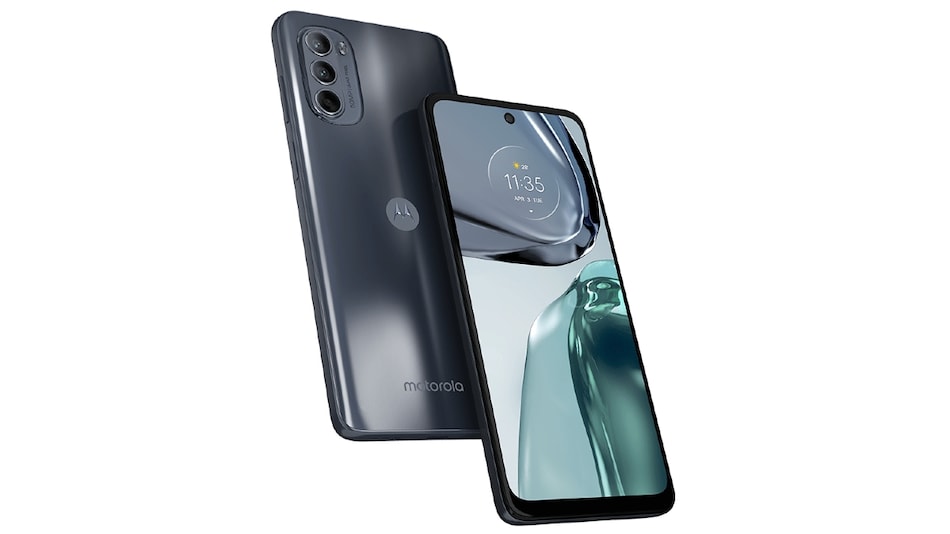 Moto G62 5G was launched in Brazil earlier this month

Moto G62 5G is tipped to launch in India soon. The Motorola phone was announced in Brazil earlier this month. It comes with features including a 120Hz display as well as triple rear cameras. The smartphone also carries an octa-core Qualcomm Snapdragon 480 Plus SoC. Alongside the Moto G62 5G, Motorola is said to launch its new flagship phone in India. This could be the Motorola Edge 30 Pro Ultra that is also rumoured as Motorola Frontier. The smartphone is said to have Qualcomm's Snapdragon 8+ Gen 1 SoC.

Tipster Mukul Sharma has tweeted to suggest that Motorola would launch the Moto G62 5G and a new flagship phone in India soon. Although the exact release date is yet to be revealed, we can expect some details to emerge on the Web in the coming days.

The Moto G62 5G debuted in Brazil with Android 12 and a 6.5-inch full-HD+ (1,080x2,400 pixels) IPS display with a 120Hz refresh rate. The phone is powered by the Snapdragon 480 Plus SoC, along with Adreno 619 GPU and 4GB of RAM. The Moto G62 5G also comes with the triple rear camera setup that houses a 50-megapixel primary sensor with an f/1.8 lens, 8-megapixel hybrid ultra-wide and depth shooter, and a 2-megapixel macro shooter.

For selfies and video chats, the Moto G62 5G offers a 16-megapixel selfie camera sensor at the front.

The Moto G62 5G comes with 128GB of onboard storage that supports expansion via microSD card. The phone comes with a range of connectivity options that includes 5G, NFC, and a USB Type-C port. There is also a side-mounted fingerprint sensor.

The Motorola Edge 30 Pro Ultra aka Motorola Frontier is tipped to have a 6.67-inch full-HD+ POLED curved display and the Snapdragon 8+ Gen 1 SoC, along with up to 12GB of RAM and maximum of 256GB onboard storage. The phone is also said to have a triple rear camera setup, with a 200-megapixel primary sensor. It would include a 4,500mAh battery with 125W fast charging support.

Motorola has not yet officially announced any details about the Moto G62 5G and its new flagship in India. However, Flipkart recently revealed that the Chinese company is launching the Moto G42 in the country on July 4. The mid-range phone was launched in Brazil earlier this month, with a price tag of BRL 1,699 (roughly Rs. 25,900) for the 4GB RAM + 128GB storage configuration.