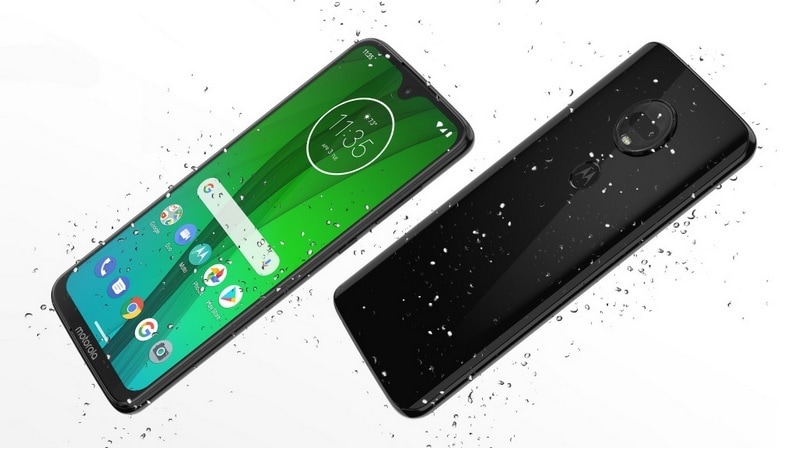 Motorola recently began teasing the launch of the Moto G7 in India. The Lenovo-owned company has now revealed that the Moto G7's India launch will take place on Monday, March 25. Motorola has already launched one smartphone from the Moto G7 series – the Moto G7 Power – in India, and is now bringing the second device from the series in the form of the Moto G7 that will soon hit the shelves. The Moto G7 packs a 6.24-inch full-HD+ (1080x2270 pixels) display with a waterdrop notch and is powered by the octa-core Qualcomm Snapdragon 632 SoC paired with 4GB of RAM.

Aside from the launch date, the Motorola India Twitter handle has not revealed anything specific about the Moto G7's price, launch offers, and availability In India. But since the Moto G7 was launched carrying a price tag of $299 (around Rs. 20,700), its price tag in India is expected to hover around the Rs. 20,000 mark. However, it is not known whether the Moto G7 will be an online-exclusive smartphone or if it will be sold through retail stores as well. To recall, the Moto G7 Power was launched in India last month and went on sale via Flipkart as well as retail stores.

The dual SIM (Nano) Moto G7 packs a 6.24-inch full-HD+ (2270x1080 pixels) Max Vision display with 19:9 aspect ratio and 403ppi pixel density, which is protected by a layer of Corning Gorilla Glass 3. The device is powered by the octa-core Qualcomm Snapdragon 632 SoC clocked at 1.8GHz, paired with 4GB of RAM.

Connectivity on the Moto G7 is handled by 4G VoLTE, Bluetooth v4.2, Wi-Fi 802.11 a/b/g/n, GPS/ A-GPS, a 3.5mm headphone jack, as well as a USB Type-C port. It sports a 3,000mAh battery with support for 15W TurboPower fast charging. The Moto G7 measures in at 157x75.3x8mm tips the scales at 172 grams. The Moto G7 comes in Ceramic Black and Clear White colour options, and has a 3D glass build with a layer of P2i water repellent coating on it.