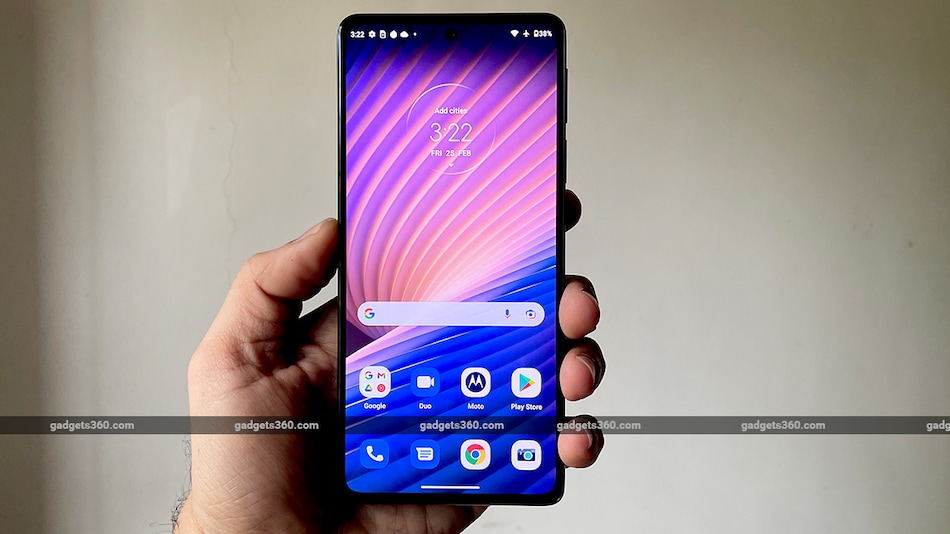 The upcoming Motorola smartphone is said to pack a 4,270mAh battery

Motorola S30 Pro was recently listed on the TENAA certification site, revealing a few key specifications. Now the smartphone has been reportedly spotted on the Geekbench benchmarking site with model number XT2243-2. The Geekbench listing reveals that the upcoming Motorola smartphone will be powered by an octa-core Qualcomm SoC with four cores clocked at 1.8GHz, three cores clocked at 2.42GHz, and one prime core clocked at 3GHz. Furthermore, the listing suggests that the Motorola S30 Pro will carry 12GB of onboard RAM, as per the report.

As stated above, the Motorola S30 Pro smartphone was reportedly listed on the Geekbench website with model number XT2243-2, according to a report by MySmartPrice. We weren't able to independently confirm the Geekbench listing. However, as per the report, the listing shows that the smartphone will be powered by an octa-core Qualcomm SoC with four cores clocked at 1.8GHz, three cores clocked at 2.42GHz, and one prime core clocked at 3GHz. This SoC is nothing but the Snapdragon 888+ SoC paired with Adreno 660 GPU.

The listing further suggests that the Motorola S30 Pro will carry 12GB of RAM and will run on Android 12 out of the box, as per the report. The handset has reportedly scored 1179 points in single-core testing and 3,638 points in multi-core testing on Geekbench.

Meanwhile, the smartphone had recently appeared on the TENAA certification website with the same model number. The TENAA listing suggeted that the Motorola S30 Pro will feature a 6.55-inch OLED display with a resolution of 1,080x2,040 pixels. Moreover, it is said to pack a 4,270mAh battery with support for 68W fast charging.

On the other hand, according to another previous report, the Motorola Edge 30 Fusion bearing the model number XT2243-1 surfaced on the FCC database with similar specifications. This handset is believed to be the rebranded variant of the Moto S30 Pro to be sold globally.