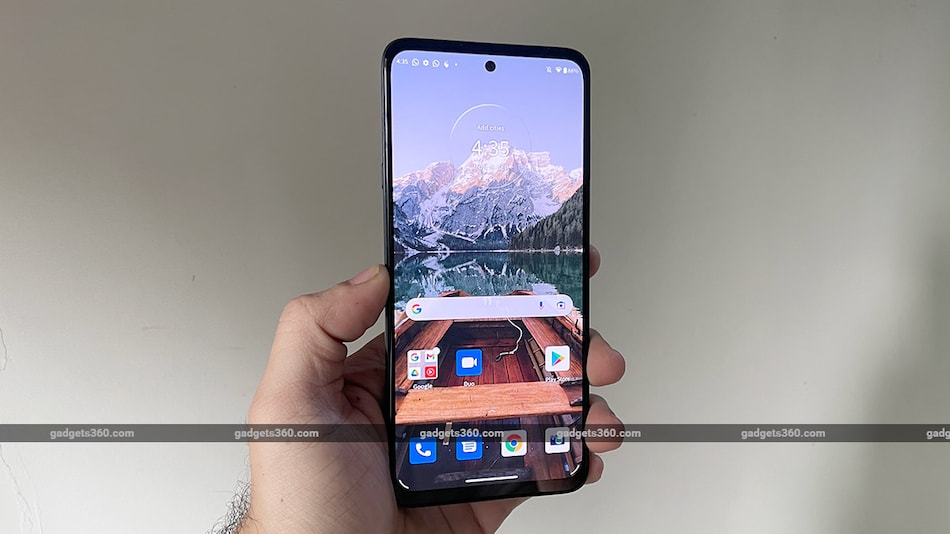 Motorola Edge 30 Fusion could be making its debut in the Indian market soon. The details are yet to be officially announced by the company, but ahead of it, the purported Edge-series handset has been allegedly spotted on the Bureau of Indian Standards (BIS) website. The smartphone could be a rebranded Moto S30 Pro. The Moto Edge 30 Fusion is expected to be powered by the Snapdragon 888+ SoC. It could pack a 4,270mAh battery with support for 68W fast charging as well.

According to a report by MySmartPrice, Motorola Edge 30 Fusion smartphone with the model number XT2243-1 has been listed on the BIS website. However, the report does not reveal any details about the RAM and storage configurations, or specifications of the handset.

Recently, the Motorola S30 Pro reportedly appeared on the Geekbench benchmarking website with model number XT2243-2. The listing suggested that the smartphone would be powered by an octa-core Qualcomm Snapdragon 888+ SoC paired with Adreno 660 GPU. The listing also indicated 12GB of RAM in the upcoming device. It could run on Android 12 out-of-the-box.