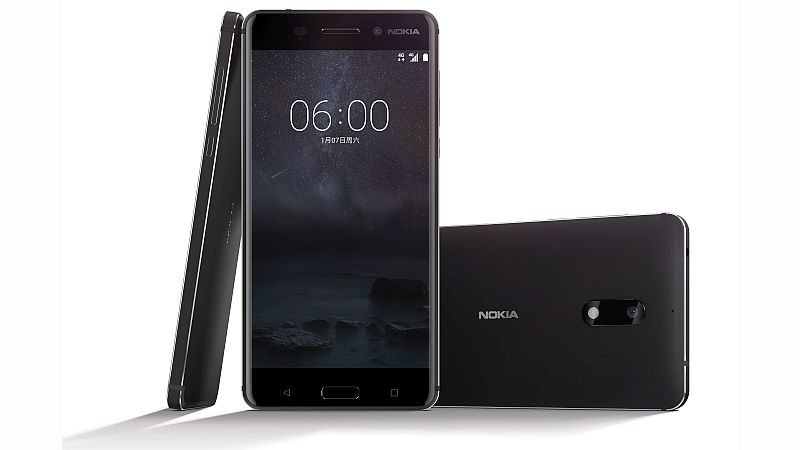 Nokia 6 will be available in India in a new 4GB RAM variant, as a Flipkart-exclusive. It also bears twice the inbuilt storage, at 64GB, compared to the original model. The new variant will go on sale from Tuesday, February 20 and interested buyers can now go to the Nokia 6 (4GB) page on Flipkart to add themselves under 'Notify me' list. Notably, the Nokia 6 will be available in its Matte Black colour variant. Earlier, the Nokia 6 was available in a 3GB RAM variant, which HMD Global had launched back in January last year, alongside the Nokia 3 and Nokia 5. Interestingly, it was the 4GB variant that got unveiled in China. It should be noted, that the new model is not the Nokia 6 (2018), that HMD Global announced last month.

Nokia 6 specifications, features
In terms of specifications, the new Nokia 6 variant is almost the same as that of the previous model (except the RAM and storage). The dual-SIM Nokia 6 (4GB) runs a pure version of Android 7.1.1 Nougat. The handset sports a 5.5-inch full-HD (1080x1920pixels) IPS display with Corning Gorilla Glass protection. It is powered by a Qualcomm Snapdragon 430 SoC, and as mentioned, comes with 4GB of RAM. Similar to the 3GB variant, the Nokia 6 features a 16-megapixel rear camera with PDAF, a f/2.0 aperture, a 1-micron pixel sensor, and dual-tone LED flash. The Nokia 6 has an 8-megapixel autofocus front camera with a f/2.0 aperture and an 84-degree wide-angle lens.

The Nokia 6 comes with 64GB of inbuilt storage, as compared to the 32GB in the previous model. The internal storage is expandable via microSD card (up to 128GB). Connectivity options on the Nokia 6 include 4G VoLTE, Wi-Fi 802.11 a/b/g/n, Bluetooth v4.1, GPS/ A-GPS, FM radio, NFC, Micro-USB with OTG, and a 3.5mm audio jack.

Meanwhile, sensors on board the smartphone include an accelerometer, ambient light sensor, gyroscope, magnetometer, and proximity sensor. It features an aluminium unibody design, dual speakers with Dolby Atmos audio. The Nokia 6 measures 154x75.8x7.85mm, is powered by a 3000mAh battery.