Nokia C20 Plus Set to Launch on June 11: Expected Specifications 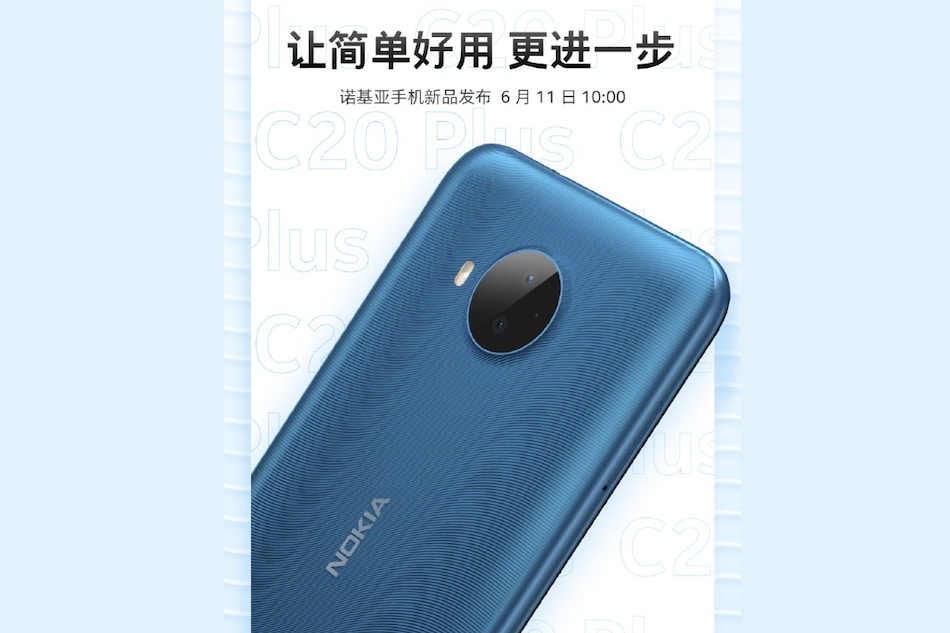 Nokia C20 Plus is set to launch on June 11, Nokia brand licensee HMD Global has revealed on Weibo. The new Nokia phone is expected to be an upgrade to the Nokia C20 that the Finnish tech giant unveiled in April. A teaser image announcing the Nokia C20 Plus launch date reveals that the phone will carry dual rear cameras. Other particulars of the smartphone hint that it will feature entry-level specifications overall. The rumour mill has suggested that the Nokia C20 Plus will have model number TA-1388.

The official Nokia account on Weibo revealed that the Nokia C20 Plus launch date is June 11, which falls on Thursday. The brand also posted a teaser image that shows the launch will take place in China at 10am CST Asia (7:30am IST) on June 11. The smartphone will debut in the country alongside the Nokia Lite Earbuds that were unveiled in April with up to 36-hour battery life.

The teaser released by HMD Global shows the back of the Nokia C20 Plus, revealing its dual rear camera setup. The smartphone also appears to have a textured back that looks similar to the one featured on the Nokia C20 and the Nokia C10 earlier. Further, the image suggests that the Nokia C20 Plus specifications may not include a fingerprint sensor. The phone seems to have a 3.5mm headphone jack at the top.

HMD Global hasn't provided any specific hardware details of the phone yet. However, the rumour mill recently churned out some information that is purportedly related to the Nokia C20 Plus. The smartphone is said to have a 5,000mAh battery — 2,000mAh more than the Nokia C20.

The Nokia C20 Plus also allegedly received a certification from the China Quality Certification Center with the model number TA-1388. The certification site suggested 10W charging support on the smartphone.

Further, a Geekbench listing recently suggested that the Nokia C20 Plus could come with a Unisoc SC9863A SoC and have at least 3GB of RAM. The smartphone could also have Android 11 out-of-the-box.