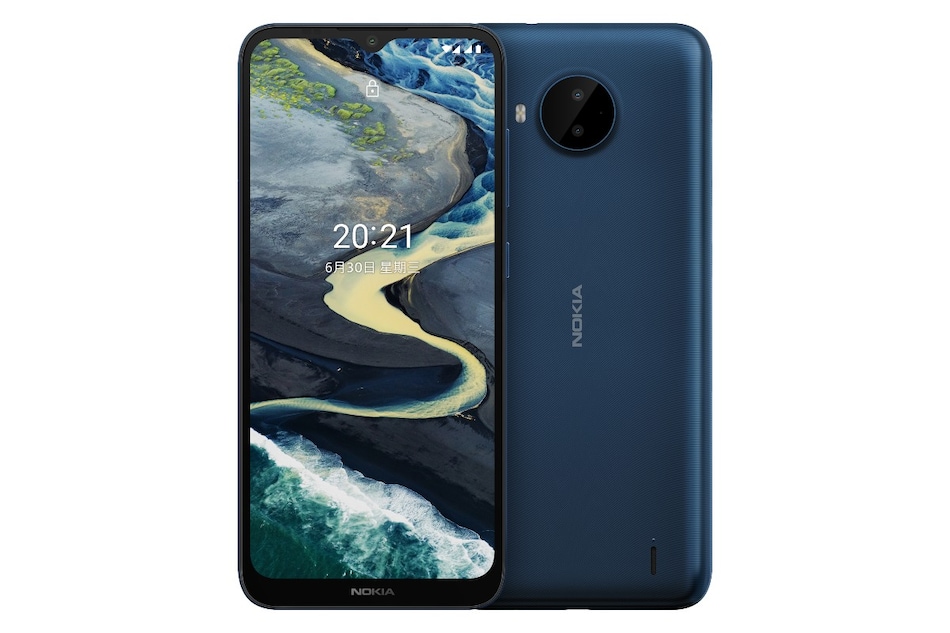 Nokia C20 Plus was unveiled in China last month

Nokia C20 Plus was launched in India on Monday. Unveiled last month in China, the affordable Nokia phone comes with features including dual rear cameras and an octa-core SoC. It is also claimed to deliver two days of battery life on a single charge. The Nokia C20 Plus is designed as an upgrade to the Nokia C20 that was launched in global markets in April but didn't make it to the Indian market. Alongside the Nokia C20 Plus, Nokia brand licensee HMD Global announced the India launch of the Nokia C01 Plus, Nokia C10, and the Nokia XR20. The Finnish company also revealed an India-specific version of the Nokia C30 that will come with full-fledged Android 11 — an upgrade over the global Nokia C30 that runs on Android 11 (Go edition).

Nokia C20 Plus price in India has been set at Rs. 8,999 for the 2GB RAM + 32GB storage variant. The phone also comes in a 3GB + 32GB storage option that is priced at Rs. 9,999. It will be available for purchase in the country in Blue and Grey colours through the Nokia India website, leading mobile retailers, Reliance Digital, and Jio Point outlets starting Monday, August 9.

Launch offers on the Nokia C20 Plus include a 10 percent discount as well as benefits worth Rs. 4,000 specifically for Reliance Jio customers.

The dual-SIM (Nano) Nokia C20 Plus runs on Android 11 (Go edition) and features a 6.5-inch HD+ (720x1,600 pixels) display with a 20:9 aspect ratio. The phone comes with an octa-core Unisoc SC9863a SoC, along with up to 3GB of RAM. There is a dual rear camera setup that houses an 8-megapixel primary sensor and a 2-megapixel depth sensor along with an LED flash.

For selfies and video chats, the Nokia C20 Plus has a 5-megapixel selfie camera setup in the front.

The Nokia C20 Plus has 32GB of onboard storage as standard, expandable via a microSD card (up to 256GB). Connectivity options include 4G LTE, Wi-Fi 802.11 b/g/n, Bluetooth v4.2, GPS/ A-GPS, FM radio, Micro-USB, and a 3.5mm headphone jack. Sensors on board include an accelerometer, ambient light, and a proximity sensor.

HMD Global has provided a 4,950mAh battery on the Nokia C20 Plus that supports 10W charging and is touted to deliver up to two days of usage on a single charge. The battery pack is bigger than the 3,000mAh battery available on the Nokia C20. Besides, the phone measures 165.4x75.85mm and weighs 204.7 grams.