OnePlus 10RT is claimed to come with a triple rear camera setup. 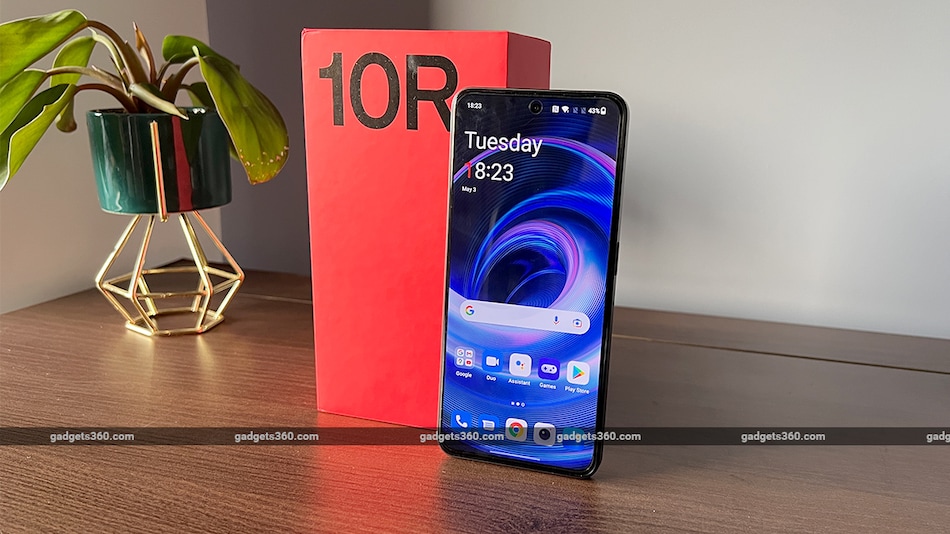 OnePlus 10RT alleged camera specifications have been leaked by a tipster. The rumoured smartphone is said to come with a triple rear camera setup with a 50-megapixel primary sensor. It is tipped to come with a 16-megapixel front camera for selfies and video calls. If its existence is true, the phone is likely to be an upgraded version of the OnePlus 10R that launched in India earlier this year. Meanwhile, OnePlus is gearing up to launch another ‘T' version smartphone — the OnePlus Nord 2T 5G — in India.

As per a tweet shared by tipster Yogesh Brar, the rumoured OnePlus 10RT has model number CPH2413 and it will come with a triple rear camera setup. It is claimed to have a 50-megapixel Sony IMX766 primary sensor with f/1.88 aperture lens, 84.4 degrees of field-of-view, and optical image stabilisation (OIS). The secondary camera is said to feature an 8-megapixel sensor paired with an f/2.25 aperture ultra-wide angle lens that has 119.7 degrees field-of-view. The third camera is said to have a 2-megapixel sensor with an f/2.4 macro lens.

On the front, the alleged OnePlus 10RT is tipped to feature a 16-megapixel Samsung S5K3P9 sensor coupled with an f/2.45 aperture lens that has 82.3 degrees field-of-view and EIS.

If the existence of the OnePlus 10RT is true, it is likely to have updated design and/or hardware over the OnePlus 10R, which made its debut alongside the OnePlus 10R 5G With 150W Endurance Edition in India earlier this year. OnePlus has a trend of launching ‘T' versions of smartphones with an updated set of hardware and design changes.

Following the trend, the Chinese company is gearing up to launch the OnePlus Nord 2T 5G in India as the ‘T' version of the OnePlus Nord 2 5G. The former made its debut in Europe last month with a 6.43-inch AMOLED display with a 90Hz refresh rate, and a MediaTek Dimensity 1300 SoC.