Oppo K9s is confirmed to have a triple rear camera setup, headlined by a 64-megapixel primary sensor. 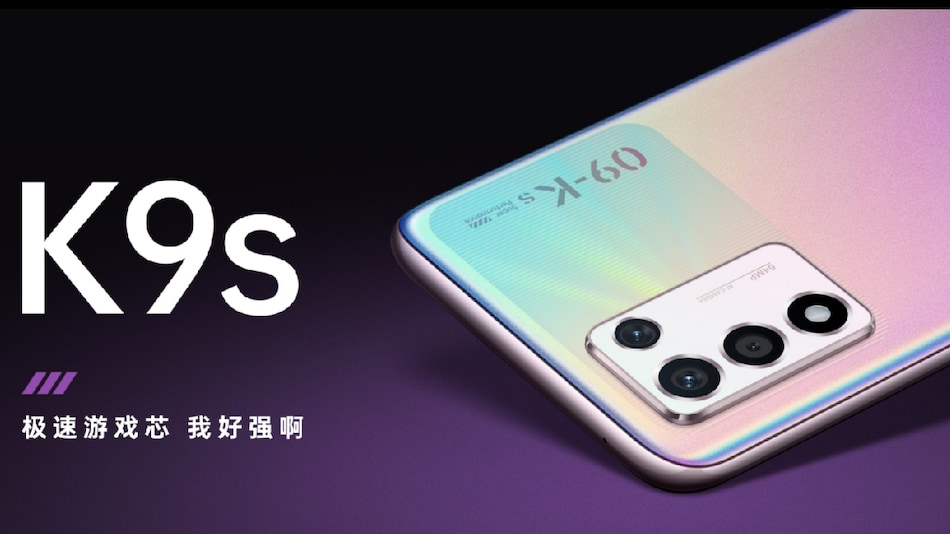 Oppo K9s is confirmed to launch on October 20

Oppo K9s is all set to be launched in China on Wednesday, October 20. Ahead of its debut, the Chinese tech giant has revealed the specifications for the battery and its fast-charging capabilities. The upcoming K9-series smartphone will come with a 5,000mAh battery and 30W VOOC fast charging support. Further, Oppo K9s is teased to come with Snapdragon 778G chipset, a triple rear camera setup headlined by a 64-megapixel sensor, and a 120Hz display. Also, the smartphone has been listed on a Chinese retailer site.

Through its official China website, Oppo has confirmed that Oppo K9s will pack a 5,000mAh battery that supports 30W VOOC flash charging. The company also states that the battery will be charged fully in 59 minutes with the flash charging technology.

Oppo recently announced the launch of Oppo K9s in China on October 20 via Weibo. However, Oppo has not shared any information on its India launch yet. The handset is confirmed to pack Qualcomm Snapdragon 778G chipset, an X-axis linear motor for gaming, and a 120Hz refresh rate display. Oppo K9s will feature a triple rear camera setup that comprises a 64-megapixel main sensor. At the front, the handset will feature a 16-megapixel sensor for selfies.

As per its listing on JD.com, Oppo K9s is currently up for reservations in Magic Purple Quicksand, Neon Silver Sea, and Obsidian Warrior colour options (translated). The listing also suggests a hole-punch display design and it is said to sport a 6.59-inch full HD+ display with a 120Hz refresh rate. Also, the handset is shown with a side-facing fingerprint scanner. As per the listing, K9s will come in 6GB + 128GB and 8GB+ 128GB storage variants.

Oppo K9s may come as a slight upgrade to the Oppo K9 Pro that was launched in September in India. Oppo K9 Pro features a triple camera setup on the back with a 64-megapixel main camera. It is powered by the MediaTek Dimensity 1200 SoC and packs a 4,500mAh battery with 60W Flash Charge support. The phone also features a 120Hz display refresh rate.

North Vancouver May Use Bitcoin Mining to Generate Heat, in 2022
China to Keep Up Scrutiny of Internet Sector: Report