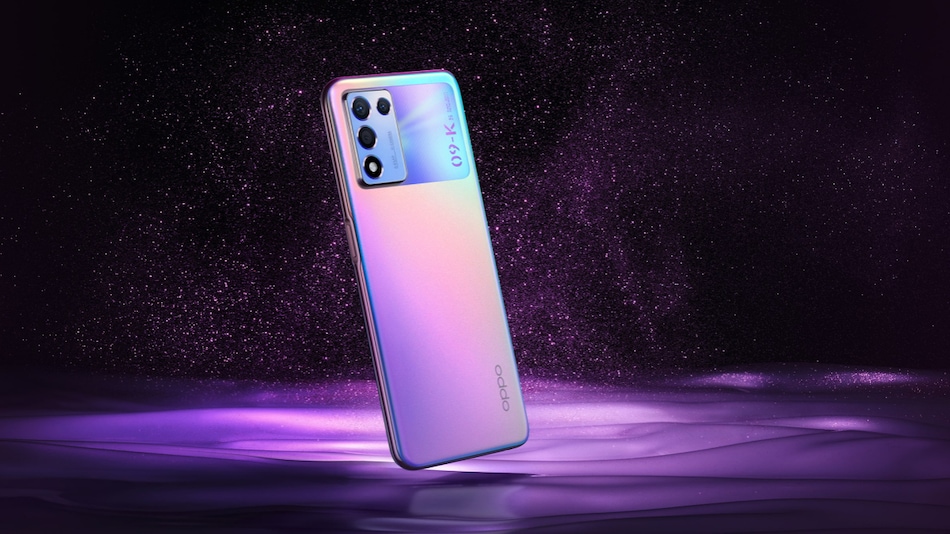 Oppo K9s will be launched in three different colour options

Oppo K9s, the new smartphone from the Chinese brand will debut on October 20 in the company's home market. Ahead of the official debut, Oppo has shared a video teaser of the latest K9-series handset, revealing the design of the phone in full details. The video gives a glimpse of the display, presence of a fingerprint sensor, and the colour variants of Oppo K9s. Oppo already teased the handset revealing that it would sport a 120Hz display, a triple rear camera setup, a 5,000mAh battery, and 30W VOOC fast charging support.

The video shared by Oppo on Weibo shows Magic Purple Quicksand, Neon Silver Sea, and Obsidian Warrior (translated) colour editions of Oppo K9s. The phone will sport the volume buttons as well as the SIM card slot on its right spine. The handset will have a fingerprint reader for security. The smartphone's bottom edge is marked by a microphone, a 3.5mm audio jack, a USB Type-C port, and a speaker grille.

Oppo has already announced that the launch of Oppo K9s will take place on October 20 in China. However, the company has not shared any information on its India launch yet.

The full specifications of Oppo K9s are not known yet. But the handset is confirmed to come with Qualcomm Snapdragon 778G chipset under the hood, an X-axis linear motor for gaming, and a 120Hz refresh rate display. For optics, Oppo K9s will feature a triple rear camera setup that includes a 64-megapixel main sensor. At the front, the handset will feature a 16-megapixel sensor for selfies.

Oppo K9s is confirmed to pack a 5,000mAh battery that supports 30W VOOC flash charging. Oppo also said that the battery will be charged fully in 59 minutes with the flash charging technology. Apart from this, the smartphone has been listed on a Chinese retailer site showing two storage variants — 6GB + 128GB and 8GB+ 128GB.