Redmi 7A will have a special feature that has been upgraded just for Indian users. 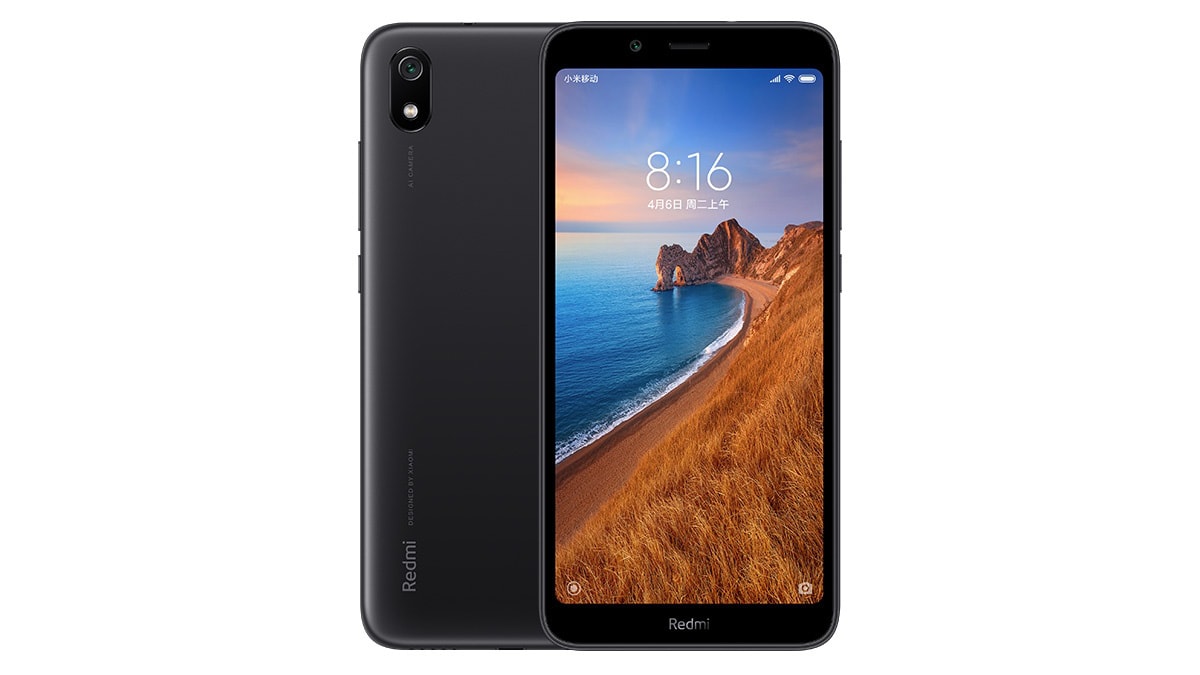 Redmi 7A to launch as the Redmi 6A successor

Redmi 7A is all set to launch in India today, and Xiaomi will be live streaming the event. The phone was launched in China two months ago, and is finally making its way into the Indian market. The Redmi 7A is a slightly toned down variant of the Redmi 7 phone, and the China variant  comes with traditional bezels, a 5.45-inch screen, and a 4,000mAh battery. Redmi 7A will succeed the company's Redmi 6A smartphone in the Indian market as its entry-level offering, after the Redmi Go. The  company has now also confirmed that the Redmi 7A India variant will have a 12-megapixel Sony !MX486 rear sensor instead of the 13-megapixel sensor found on the China variant.

Jain tweeted that the special feature announcement will happen at the Redmi 7A launch today. Redmi India is teasing a camera feature that was included in the Redmi Note 7 and the Mi A2 as well. Xiaomi, on its website, has confirmed that the Redmi 7A, will integrate the 12-megapixel primary Sony IMX486 sensor that both these phones integrate. The Redmi 7A will sport a single rear camera setup. To recall, the China variant comes with a 13-megapixel rear sensor.

The website also confirms that the Redmi 7A will be powered by the Snapdragon 439 SoC, and pack a 4,000mAh battery, These specifications are similar to that of the China variant.

Xiaomi is holding the Redmi 7A India launch at 12pm (noon) IST. The company will be live streaming the event on YouTube, and you can catch it right here. Do stay tuned to Gadgets 360 for live events from the Redmi 7A launch event, and all the details from the launch, including the Redmi 7A price in India, release date, and specifications.

Redmi 7A price in India (expected)

Redmi 7A has been priced in China at CNY 549 (roughly Rs. 5,500) for the 2GB + 16GB variant, whereas 2GB + 32GB variant carries a price tag of CNY 599 (roughly Rs. 6,000). The Redmi 7A price in India will be announced today, and it can be expected to be in the same price range as its Chinese counterpart. The phone will be available via Flipkart, and should be made available via Mi.com as well.

In India, the Redmi 7A is expected to be priced similar to the Redmi 6A that arrived in the country back in September last year and currently retails with a starting price of Rs. 5,999. Xiaomi recently divulged that the Redmi A-series phones, namely the Redmi 4A, Redmi 5A and Redmi 6A, hit 23.6 million sales mark in the Indian market, citing IDC's Monthly National Smartphone Tracker for the month of April.

For photos and videos, the Redmi 7A sports a 12-megapixel Sony IMX486 sensor at the back, along with an LED flash. To recall, the China variant has a 13-megapixel camera sensor. There is also a 5-megapixel front shooter with AI Face Unlock support.

The Redmi 7A has 16GB and 32GB inbuilt storage options that both are expandable via microSD card. Connectivity options include Wi-Fi, Bluetooth, GPS/ A-GPS, 3.5mm audio jack, and, a Micro-USB port. Besides, the phone packs a 4,000mAh battery and comes with P2i splash-resistant coating.

Further reading: Redmi 7A, Redmi 7A Price in India, Redmi 7A Specifications