Redmi 7A, Redmi 8A Start Getting MIUI 12 Update: Reports

Redmi 7A units in India are receiving an update with firmware version V12.0.1.0.QCMINXM. 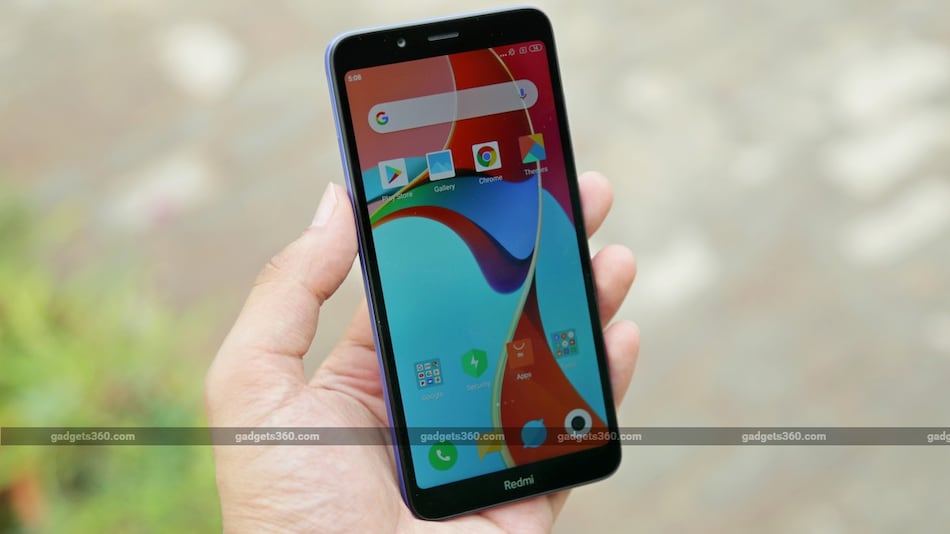 MIUI 12 is the last big update for the Redmi 7A

Redmi 7A smartphones in India are said to be receiving the MIUI 12 update now. Users are sharing screenshots of getting the update on Twitter, and this update appears to include the December 2020 Android security patch. This is probably the last big update for the Redmi 7A as it is not eligible for Android 11. Alongside the Redmi 7A, the Redmi 8A units in China and EEA (European Economic Area) are also reportedly getting the MIUI 12 update.

Users of the Redmi 7A phone have taken to Twitter to confirm that the MIUI 12 has started rolling out for their devices in India. The firmware version number for the latest update is MIUI 12 V12.0.1.0.QCMINXM and its update size based on screenshot is 547MB. The update may be rolling out in a phased manner and it could be a while before all users get it. It is best to check for the update in Settings if you don't receive a notification soon.

The changelog as seen in the screenshots suggests that the latest MIUI 12 update for the Redmi 7A brings along the December 2020 Android security patch. It also optimises animations in selected scenes and full screen gestures on the lock screen alarm page will be ignored after the update. Swiping down from the upper left corner will open notifications shade and swiping down from the upper right corner will open control center. The update will close the control center when an incoming call arrives and the landscape mode layout for control center has also been optimised.

Redmi 7A latest update brings brightness and colour improvements for wallpapers, and fixes an issue where the notifications shade wasn't displaying correctly in dark mode.

Redmi 8A has also started receiving the MIUI 12 update in China and EEA regions, GizmoChina reports. The Xiaomi Firmware Updater page suggests that this is the stable beta version, and the firmware model for the China units is MIUI 12 V12.0.1.0.QCPCNXM and for the EEA units is MIUI 12 V12.0.1.0.QCPEUXM. The Redmi 8A is also not eligible for Android 11 and this would likely be the last big update for the phone. There is no clarity on when users in India will start receiving the update, but now that it has started rolling out in China and EEA, it should begin rollout in other regions soon.