Redmi K50 Extreme Edition will be a redesigned and upgraded smartphone in the K50 series. 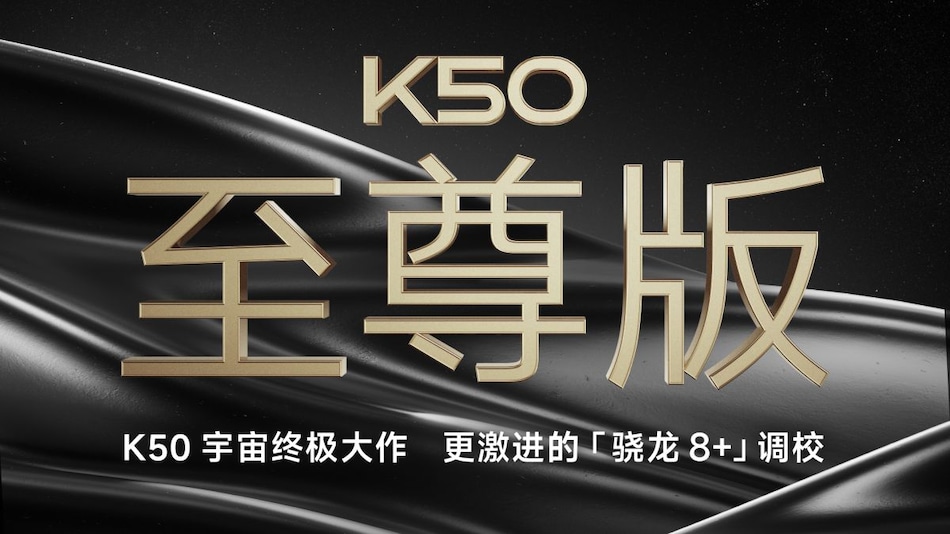 Redmi K50 Extreme Edition will launch this month in China with a Qualcomm Snapdragon 8+ Gen 1 SoC, the company announced on Friday. Redmi said that the smartphone will be a redesigned and upgraded one in the K50 series. Since the handset is confirmed to launch this month, we can expect more teasers from the company in the coming weeks. Recently, the rumoured specifications of the Redmi K50S Pro were tipped. The K50S Pro is said to be powered by the same SoC as the K50 Extreme Edition.

The Chinese smartphone brand, Redmi, has announced via Weibo, that this month the company is going to the launch the Redmi K50 Extreme Edition in China. Redmi has also revealed that the handset will be powered by the Qualcomm Snapdragon 8+ Gen 1 SoC.

Specifications of another Redmi K50 series smartphone, K50S Pro, were recently tipped, according to a report. The smartphone is said to be powered by the same SoC as the Redmi K50 Extreme Edition, the Qualcomm Snapdragon 8+ Gen 1 SoC. Redmi K50S Pro is tipped to feature a 6.67-inch OLED display with a 120Hz refresh rate and HDR10+ support. For optics, it is said to feature a triple rear camera setup with a 200-megapixel primary sensor, an 8-megapixel ultra-wide angle lens, and a 2-megapixel macro sensor. At the front, it is tipped to sport a 20-megapixel selfie camera.

As per the report, Redmi K50S Pro is also tipped to feature 8GB and 12GB RAM options. It can also reportedly get 128GB and 256GB of inbuilt storage options. It is said to run on Android 12-based MIUI 13. It could also pack a 5,000mAh battery with a 120Hz fast charging support. Redmi K50S Pro has also been reportedly spotted on the China 3C certification database with the model number 22081212C.