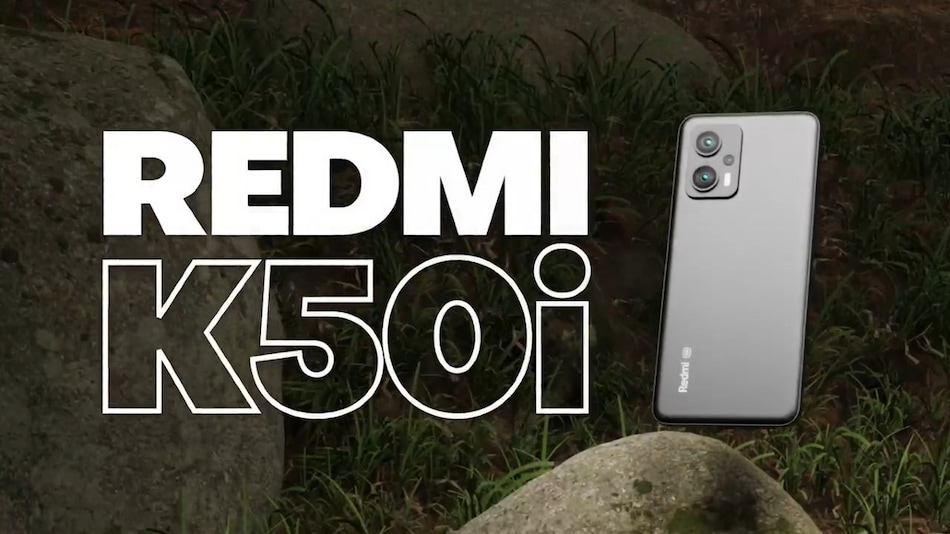 Redmi K50i 5G is set to launch in India on July 20. The Xiaomi-owned brand recently shared the supposed AnTuTu score of this upcoming handset, revealing that it would offer faster performance than the A15 Bionic chip-powered iPhone 13. Now, the company has confirmed that the Redmi K50i 5G is equipped with the MediaTek Dimensity 8100 SoC, which is the reason for its fantastic AnTuTu benchmark score. At launch, this handset will be available on Amazon India and could be offered in three colour options.

Redmi recently tweeted confirming that the MediaTek Dimensity 8100 SoC will power the upcoming Redmi K50i 5G. This chipset was launched earlier this year in March. It is built on TSMC's 5nm process and offers maximum speeds of 2.85GHz. It features four Cortex-A78 performance cores and four Cortex-A55 efficiency cores paired with a Mali G610 MC6 GPU. The company had recently claimed that the Redmi K50i 5G achieved an AnTuTu benchmark score of 8,22,274 points. This score supposedly overshadowed the 7,82,653 points scored by the A15 Bionic SoC-powered iPhone 13.

Since announcing the India launch dates of the Redmi K50i 5G, the company has not delved into any details regarding this handset. This is the first piece of official information coming from Redmi regarding this handset. Rumours suggest that it could be a rebranded version of the Redmi Note 11T Pro. It is expected to offer two configuration options at launch — 6GB RAM + 128GB storage and 8GB RAM + 256GB storage. Furthermore, it is likely to come in Quick Silver, Phantom Blue, and Stealth Black colours.