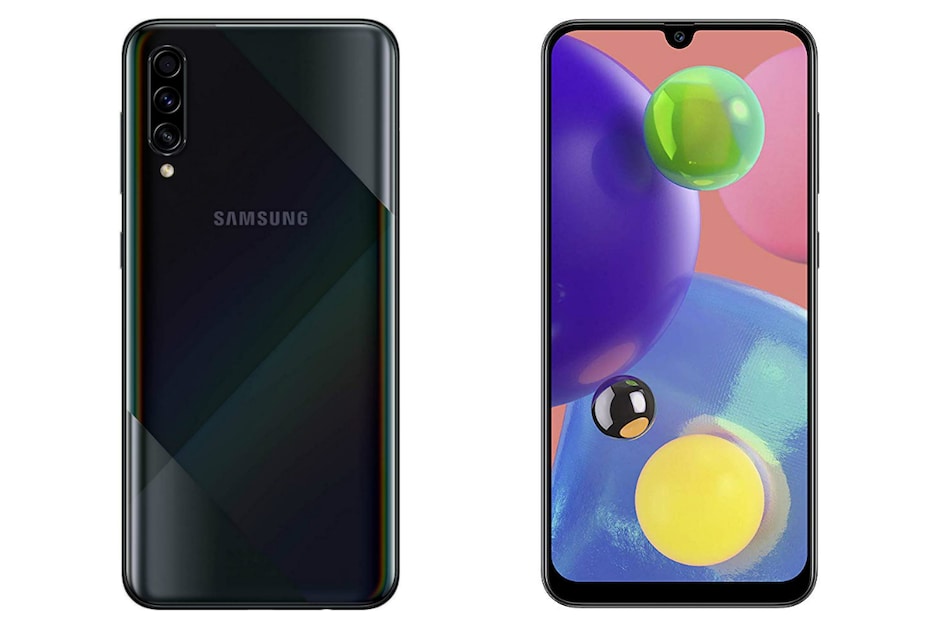 Samsung Galaxy A70s price in India has been dropped by Rs. 3,000. The new price drop comes in the midst of rumours claiming the imminent debut of the Galaxy A71 in the country. The Galaxy A70s was launched in India last year. The smartphone comes in two distinct variants with up to 8GB of RAM and 128GB of onboard storage. Other key highlights of the Samsung Galaxy A70s include an Infinity-U Display as well as the octa-core Qualcomm Snapdragon SoC. The smartphone also comes with a triple rear camera setup.

Samsung might have introduced the revised prices to make way for the Galaxy A71 that is rumoured to launch in India later this month. The smartphone debuted in Vietnam as the successor to the Galaxy A70 and an upgrade to the Galaxy A70s in December.

Gadgets 360 has written to Samsung India for clarity on the price cut and will update this space when the company responds.

The dual-SIM (Nano) Samsung Galaxy A70s runs Android 9 Pie with One UI on top and features a 6.7-inch full-HD+ (1080x2400 pixels) Super AMOLED display with 20:9 aspect ratio. Under the hood, the phone has the Qualcomm Snapdragon 675 SoC, paired with 6GB and 8GB RAM options. There is the triple rear camera setup that includes a 64-megapixel primary sensor with an f/1.8 lens, 8-megapixel secondary sensor with an ultra-wide-angle lens, and a 5-megapixel tertiary sensor. The phone also has a 32-megapixel selfie camera at the front.

Samsung has provided 128GB of onboard storage on the Galaxy A70s that is upgradeable via microSD card (up to 512GB). Connectivity options on the phone include 4G VoLTE, Wi-Fi, Bluetooth, GPS/ A-GPS, and a USB Type-C port. There is also an in-display fingerprint sensor. Besides, the phone packs a 4,500mAh battery that supports 25W fast charging.