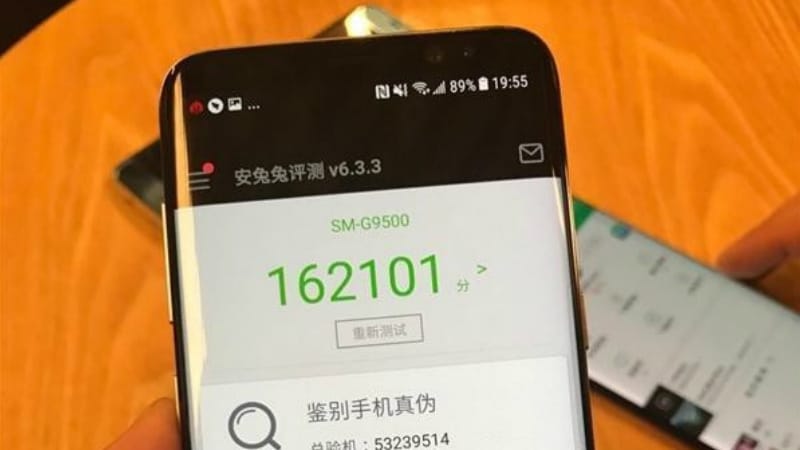 Samsung Galaxy S8 and Samsung GalaxyS8+ have been released, and pre-orders have already started. The devices sport two chips – the Snapdragon 835 and the Exynos 8895 SoC – and both the devices will integrate these chipsets depending upon the region. Benchmark results of these phones have now released and surprisingly the latter outperforms the Qualcomm chipset.

According to the AnTuTu and GeekBench 4 benchmark results (as spotted by PlayfulDroid and GSMArena, the Exynos 8895 chip scores an impressive 174,155 points, compared to the 162,101 points logged by the Snapdragon 835 chipset. The difference is only marginal between the two phones, but it does still give an edge to the Samsung chip over the Qualcomm chip. Both the chips are capable of Gigabit LTE speeds as well, enabled in the Snapdragon 835 because of the X16 LTE modem.

The Snapdragon 835 SoC variants will be made available in select markets including US, and the Exynos 8895 SoC variants will be available in most markets, including India. The iPhone 7 Plus, OnePlus 3T, LG G6, and HTC U Ultra also performed well in the AnTuTu benchmark results, but the Galaxy S8 (Exynos 8895) variant outshines all. Even in the GeekBench 4 multi-core tests, the Galaxy S8 outperforms.

Chicago Teen Arrested in Facebook Live Sex Assault, Others Sought
Jio Summer Surprise Offer: What's the Plan, How to Get It, and Other Details You Should Know