Samsung Galaxy M21 2021 Edition is likely to be available for purchase during Amazon Prime Day sale. 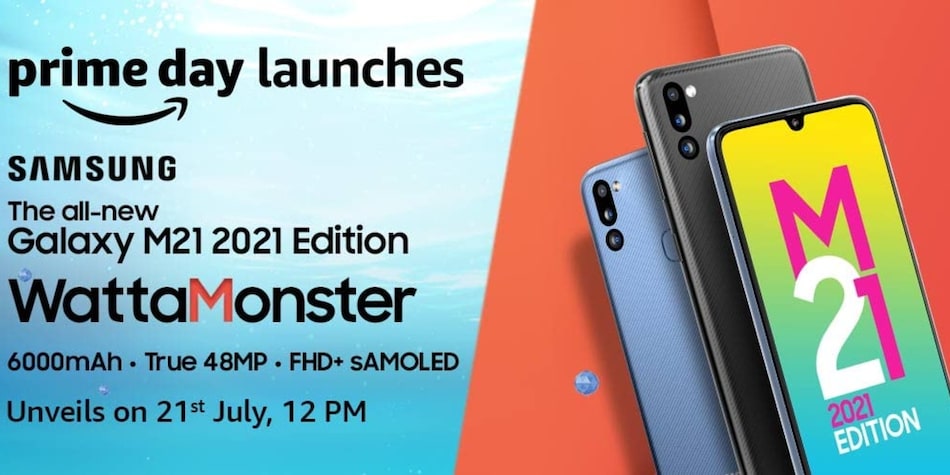 Samsung Galaxy M21 2021 Edition launch date in India is set for July 21, Amazon has revealed. The online marketplace has also created a dedicated microsite that shows an upgraded primary camera on the new smartphone over the last year's Galaxy M21. The microsite also details other Samsung Galaxy M21 2021 Edition specifications. These include triple rear cameras, Infinity-U Display, and a 6,000mAh battery. The smartphone is also teased to come in two colour options and have a few design changes over the original model.

Amazon has revealed that the Samsung Galaxy M21 2021 Edition will be launched in India at 12pm (noon) on July 21. The phone is promoted to be among the Amazon Prime Day launches on the online marketplace, meaning that it would be available during the forthcoming Prime Day sale, which is scheduled between July 26–27. Customers will also get a 10 percent instant discount via HDFC Bank. Furthermore, the Galaxy M21 2021 Edition will be available for purchase in Arctic Blue and Charcoal Black colours.

However, the other two camera sensors on the new phone are likely to be the same — 8-megapixel ultra-wide shooter and 5-megapixel depth sensor — as the Galaxy M21 launched last year.