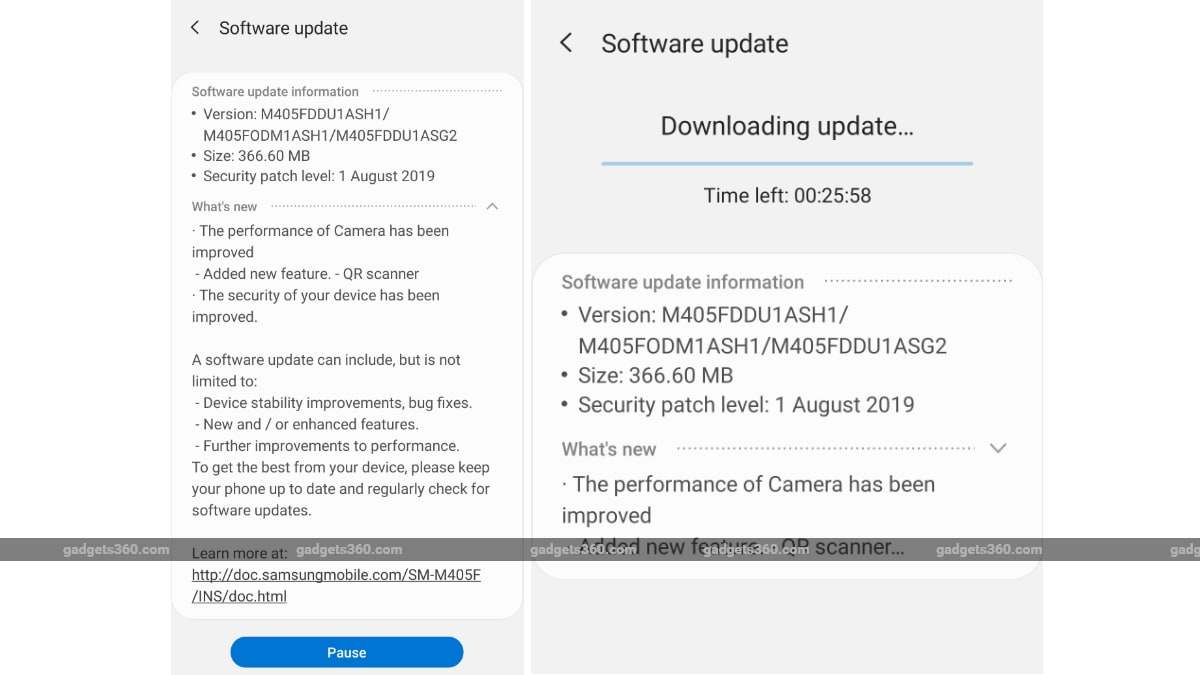 Samsung Galaxy M40 is reportedly receiving a new update, and it is said to bring along the QR scanner, a dedicated Night Mode, and the August 2019 Android Security patch as well. The software version for this latest update is M405FDDU1ASH1. The update should be rolling out over the air, and its size is at 366MB. If you haven't received a notification for the update on your Samsung Galaxy M40 yet, we recommend checking manually by going to the Settings app and checking the Software update menu.

The update is said to be rolling out to Samsung Galaxy M40 users in India. As mentioned, the size of the update with software version M405FDDU1ASH1 is at 366MB and we recommend installing it under a good Wi-Fi connection and while the phone is on charge.

The reported changelog suggests that the latest Galaxy M40 update brings a dedicated QR scanner, removing the need for third-party scanning apps. The update improves the overall security of the phone, and also brings along the latest August 2019 Android security patch. Although the changelog doesn't mention it, SamMobile reports that the update brings a dedicated Night Mode inside the Camera app to help in taking better low-light photos.

The Samsung Galaxy M40 price in India is set at Rs. 19,990 for the lone 6GB RAM + 128GB storage configuration. The smartphone was launched in India in June this year with Midnight Blue and Seawater Blue gradient colour options. A new Cocktail Orange colour option was launched last month as well. To recall, the Galaxy M40 features a full-HD+ Infinity-O Display and has a triple rear camera setup. The smartphone also houses a "screen sound" technology that enables the display panel to produce audio vibrations.

PUBG Mobile: IT Ministry Says a Ban Is Difficult, but Is There a Better Way of Dealing With Challenges That Games Present?
Apple's $44 Billion Drop Shows Growing Cost of Reliance on China