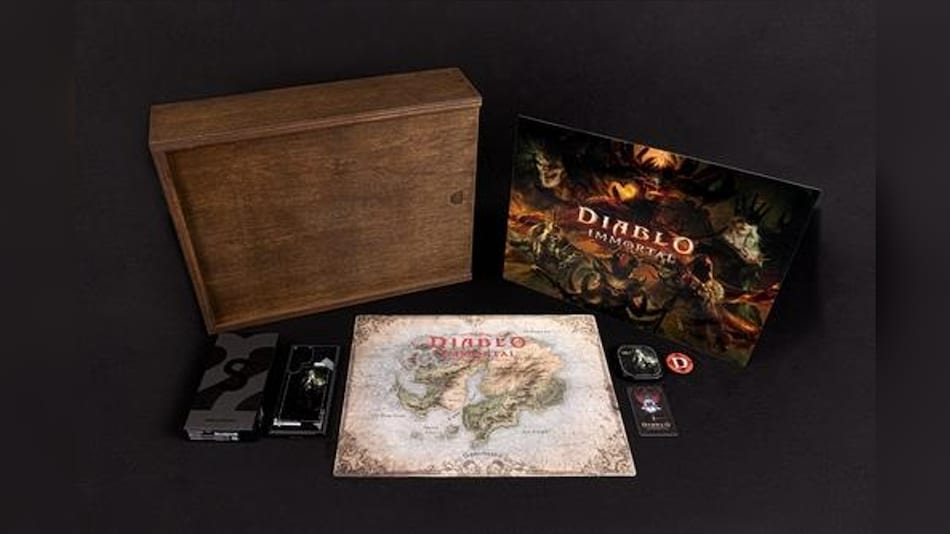 As per a report on Korean news agency Yonhap, LG Uplus will start accepting applications for the Galaxy S22 Diablo Immortal Edition smartphone starting at 7pm Korea time (3:30 pm IST) on June 10, Friday. Reportedly, there will only be 100 units of the Galaxy S22 Diablo Immortal Package, which will contain Diablo-related tie-in items such as a specially designed leather mouse pad, phone case, wireless charging pad, and a Blizzard gift card along with the phone.

The price and specifications of the Galaxy S22 Diablo Immortal Edition smartphone are not known yet. In addition, while the agency report says that the phone, which is themed on the recently released mobile game Diablo Immortal by Blizzard Entertainment, will be released globally but another report says that it will be launched in South Korea only.

Samsung has been collaborating with other brands to launch special edition smartphones for some time now. Earlier this year, the South Korean company launched the Samsung Galaxy Z Flip 3 Pokémon Edition bundled with a variety of accessories including a Pokémon pouch, Pokémon cards, a case with Pikachu stickers, and a Pikachu keychain.