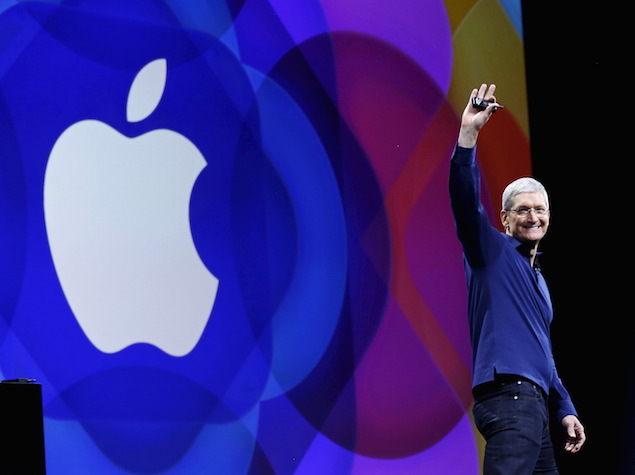 Apple launched Apple Music on Monday, a $9.99-a-month streaming music service that may not differ dramatically from competitors but comes with Apple's deep music roots, global brand and hundreds of millions of iTunes customers.

Apple's push into the streaming business will likely alter the dynamics of how consumers listen to music as the music industry grapples with declines in downloaded songs and tries to figure out new ways to get people to pay for music.

"The Apple brand speaks for itself and it will have an earthquake-like impact on the industry," said Daniel Ives, an analyst with FBR Markets. "Given the gold standard brand, given Apple's breadth and awareness, it's more important what Apple is doing strategically than moving the needle financially."

(Also see:  Apple Music Will Be Available in India and Everything Else You Need to Know)

Offering few surprises to what had been expected, Apple Inc shares did not react strongly, closing down less than 1 percent at $127.80.

"The only thing that is going to move Apple stock is iPhone sales and there wasn't enough news to be a mover in profitability," said Michael Yoshikami, the chief executive officer of Destination Wealth Management in Walnut Creek, California.

The unveiling of the service, the kick-off to the week-long Worldwide Developers Conference, also included the announcement of an upgraded operating system for Apple's watch that will let developers create speedier "native" apps that rely less on the iPhone. Apple said that "El Capitan" will be the name of the next version of OS X for its Macs.

It disclosed that the next version of the software that powers iPhones and iPads, called iOS 9, will come out this fall and detailed the continued expansion of Apple Pay, which will launch in the UK next month.

But the music service was the star of the show. Apple introduced it with clips and live appearances by stars like Drake and up-and-comer The Weeknd. Legendary music industry figure Jimmy Iovine, who came to the company as part of its acquisition of Beats, took the stage to unveil details of the new service.

(Also see:  Apple Now Makes Android Apps, Including One That Will Help You 'Move to iOS')

Apple Music's $9.99-a-month price takes effect after a three-month free subscription period. The company is also offering what it calls a "family plan" for $14.99 a month for up to six family members.

The success of Apple Chief Executive Officer Tim Cook's first new product, the Watch, will likely hinge on a compelling collection of apps. But early apps for the timepiece have been tied to the iPhone, placing limits on what developers could do.

"This will be a big deal in creating a much more useful set of apps for the Watch," said Jan Dawson, an analyst with Jackdaw Research, explaining that apps did not always run smoothly when tethered to the iPhone. "Watch apps could feel slow and unresponsive at times."

The company also unveiled new details about its Apple Pay service, saying it was already supported by more than 2,500 banks and will surpass 1 million locations accepting it next month.

In a related move, Apple said it would rename Passbook, its app for credit and debit cards and boarding passes, to Wallet.