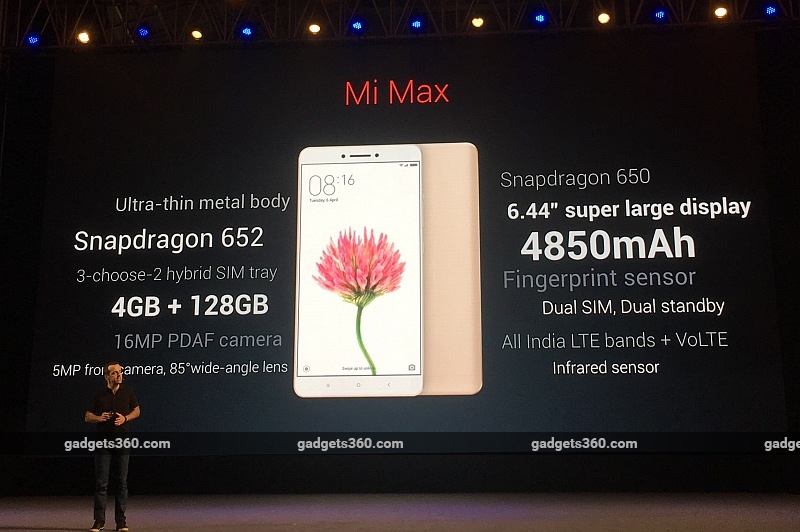 The Xiaomi Mi Max phablet, which was launched last year, has started receiving an Android 7.0 Nougat-based beta MIUI update. Apart from bringing Android 7.0 Nougat, the beta global stable update is said to bring the May 2017 security patch for the smartphone as well.

Notably, only the 3GB RAM variant of the Xiaomi Mi Max has been said to be receiving the beta update, as per a report by Greek website TechValue. However, on the MIUI Forum, a moderator confirmed that the beta update update is available for both the 3GB RAM and 4GB RAM (Prime) variants, with the former getting the MIUI v8.5.1.0.NBCMIED ROM, and the latter the MIUI v8.5.1.0NBDMIED

To recall, the dual-SIM Xiaomi Mi Max is the company's largest display smartphone and features a 6.44-inch full-HD (1080x1920 pixels) display. The smartphone is powered by a hexa-core Qualcomm Snapdragon 650 SoC and comes with 3GB or 4GB of RAM. The Mi Max packs 32GB, 64GB, or 128GB of inbuilt storage that can be expanded via microSD card (up to 128GB).

In terms of optics, the Xiaomi smartphone features a 16-megapixel primary rear camera and a 5-megapixel front shooter for selfies. The Mi Max houses a large 4850mAh non removable battery. It measures 173.10x88.30x7.50mm and weighs 203 grams.