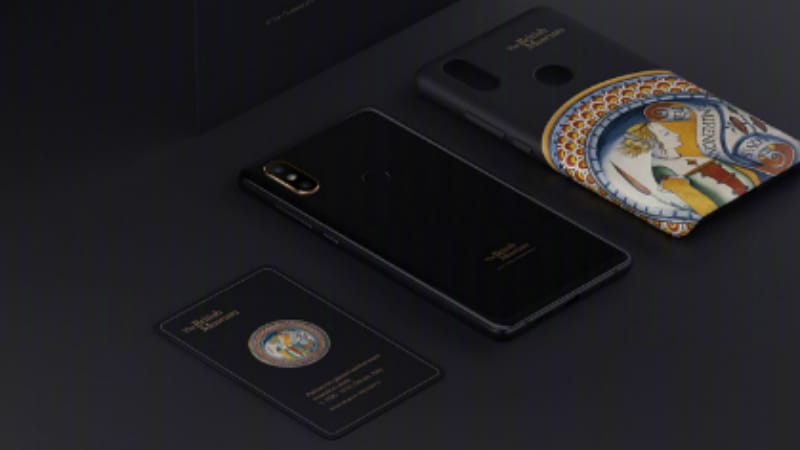 A little more than a month after bringing the Mi MIX 2S as the successor to the Mi MIX 2, Xiaomi has now launched the Mi MIX 2S Art Special Edition in China. The new model has been designed by the Chinese giant in collaboration with the British Museum. This tie-up makes the new Mi MIX 2S version an all-new piece of hardware with a laser engraved rear and a customised back cover. The Mi MIX 2S Art Special Edition comes with a price tag of CNY 4,299 (approximately Rs. 45,300). It will be available in limited quantities in the country through a flash sale model starting May 10.

The back of the Xiaomi Mi MIX 2S Art Special Edition features a black ceramic panel with laser engraving that highlights the contribution from the British Museum. Also, the customised back panel shows us an ancient design that pays tribute to art and science. There is additionally a textured finish that enhances the aesthetics of the smartphone. On the part of specifications, the handset is identical to the original Mi MIX 2S model that was launched in late March. It, however, comes with 8GB of RAM and 256GB of onboard storage unlike the previously launched Mi MIX 2S that has three different variants with two RAM options and three storage options.

Just like its original model, the Xiaomi Mi MIX 2S Art Special Edition features a 5.99-inch full-HD+ (1080x2160 pixels) display with an 18:9 aspect ratio and 403ppi of pixel density. The smartphone is powered by an octa-core Qualcomm Snapdragon 845 SoC, coupled with Adreno 630 GPU and 8GB of RAM. It has a dual rear camera setup with two 12-megapixel sensors - of one which features an f/1.8 aperture, wide-angle lens, and four-axis OIS, while the other one has an f/2.4 aperture and a telephoto lens on top. The setup offers optical zoom and supports AI-based scene recognition features. On the front, there is a 5-megapixel sensor with HDR and Face Unlock support. Xiaomi has also provided AI-based beautification features.