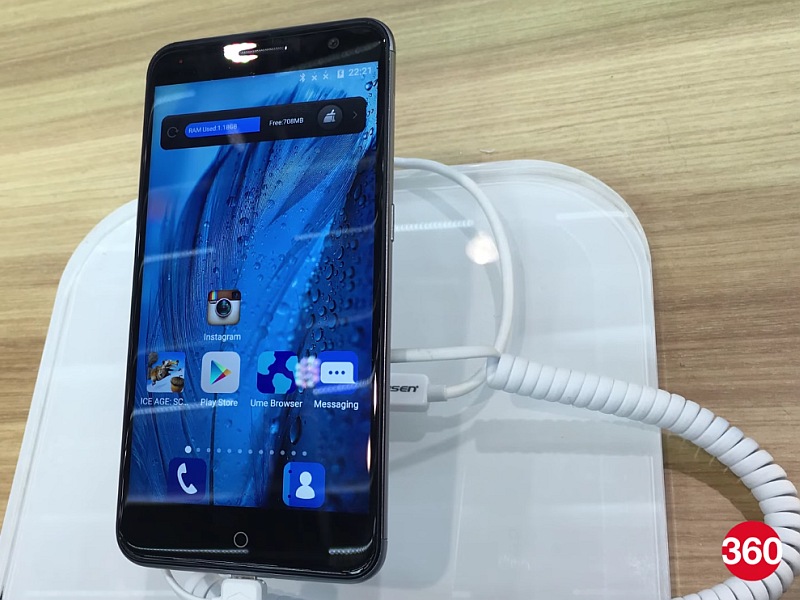 ZTE at the Mobile World Congress in Barcelona unveiled two new smartphones, as well as a . The company expanded its youth-centric Blade series with the launch of the new Blade V7 and Blade V7 Lite. We got to spend some time with the new ZTE smartphones on the floors of the MWC 2016 trade show, and you can check out our initial impressions in the video.

The ZTE Blade V7 has a metal body which tapers to only 3.5mm thick. It features a 5.2-inch full-HD display and runs Android Marshmallow with ZTE's custom skin. It's powered by an octa-core MediaTek MT6753 SoC, with 2GB of RAM and 16GB of storage, which can be expanded with a microSD card. There's also dual-SIM functionality with 4G.

You also get a 13-megapixel rear camera with phase detection autofocus and a 5-megapixel front camera. The Blade V7 is powered by a 2500mAh battery and will be available in Gold and Silver.

On the other hand, the Blade V7 Lite sports a smaller 5-inch HD display but gains a circular fingerprint sensor at the back, and an LED flash for the front camera

It's powered by a quad-core MediaTek MT6735P processor and has 2GB of RAM. There are 8-megapixel cameras sensors for both, the front and rear of the phone. Other features are similar to what the Blade V7 offers.