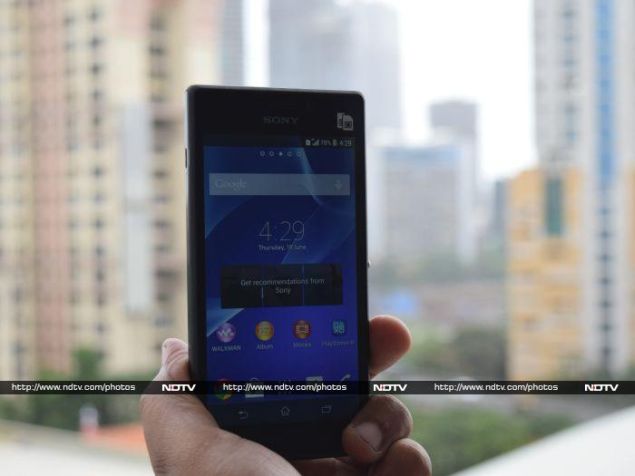 The mid-range smartphone market is currently saturated, which wasn't the case even a few months ago. There are a ton of new smartphones in the Rs. 18,000 - 25,000 price range, most with unique features and quite a few touting octa-core processors. Entering the fray is the Sony Xperia M2 Dual, a smartphone which promises good camera performance and long battery life.

We put the phone through its paces to find out if it stands true to its claims. 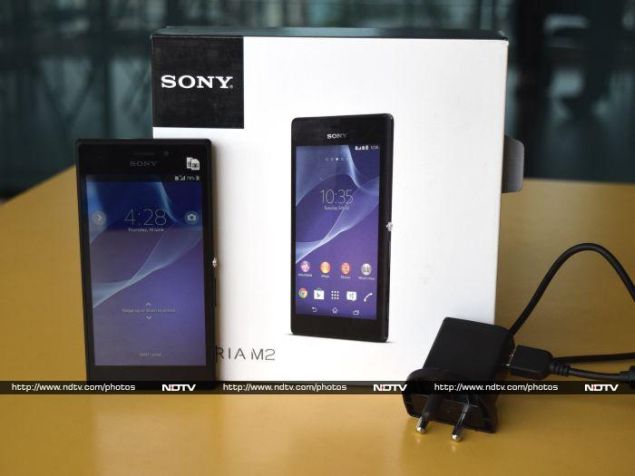 Look and Feel
We understand that the "why fix something if it isn't broken?" ideology is a good enough reason to resist change, but this also deters change - case in point, the "omnibalance" design introduced by Sony with the Xperia Z (review), despite its premium look, now feels a little tired. The Sony Xperia M2 Dual gets a bit lost in the crowd of Sony Xperia phones which look just the same. We would have liked for Sony to at least have made a distinction between their own products in different price ranges.

Nevertheless, the Sony Xperia M2 Dual is a good-looking phone with glass on the front and back, and rubberised strips around the edges for better grip. It is not very slim, at 8.6mm, and also weighs 148g making it slightly heavy. Fortunately, it feels good in the hand, and the phone is quite sturdy too. The one thing that is missing here is the waterproofing found in Sony's flagship smartphones.

On the left edge of the phone is a microSD card slot protected by a flap, and Micro-USB port. Three physical buttons - power, volume up/down, and camera - are on the right edge along with another long flap covering the slots for two Micro-SIM cards. The top edge has only the 3.5mm jack and the bottom edge is dominated by a long speaker grille.

The 4.8-inch LCD screen has a resolution of 540x960, which is very low compared to the HD screens on even a few lower-priced smartphones. While the resolution is low, it's good enough for most tasks. Sunlight legibility is passable but viewing angles suffer due to the highly reflective screen glass. 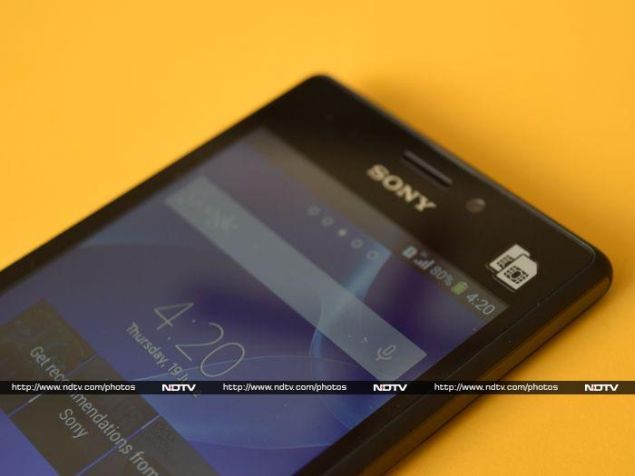 Features and Specifications
Just like the much cheaper Moto G (review), the Sony Xperia M2 Dual has a Snapdragon 400 processor under its hood, clocked at 1.2GHz with an integrated Adreno 305 graphics processing unit. There is 1GB of RAM and 8GB of internal storage space, of which only around 5GB is available to the user. If that feels insufficient, it can be increased by 32GB using a microSD card. 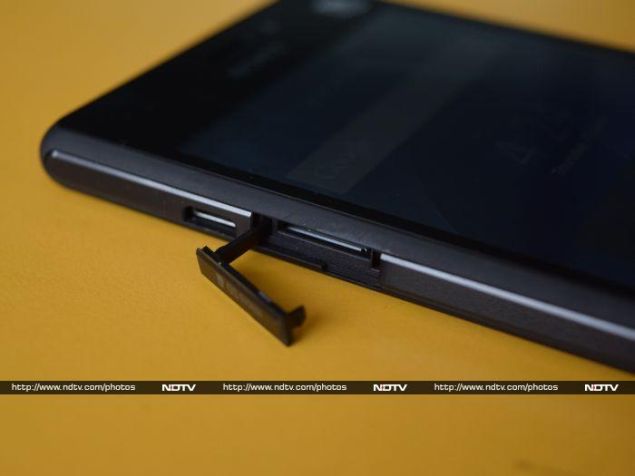 The phone accepts two Micro-SIM cards, both of which can connect to 3G networks. They work in dual-standby mode. The front camera has a ridiculously low VGA resolution and can shoot videos only at 480p. The 8-megapixel rear camera, on the other hand, can capture videos at up to 1080p.

Software
The phone runs Android 4.3 (Jelly Bean) and is expected to receive an update to Android KitKat soon. Hence, we are cutting it a little bit of slack. 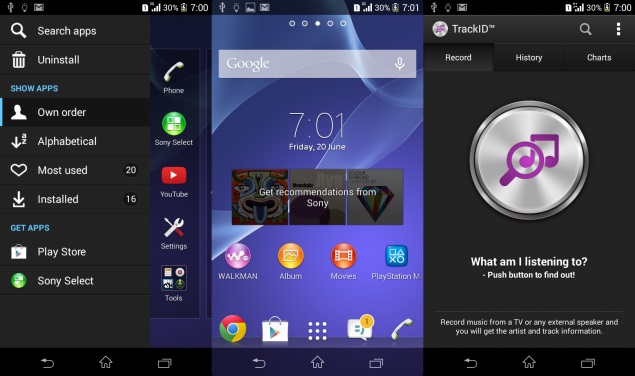 Sony's skin is quite unobtrusive and we like it more than Samsung's Touchwiz UI. One can add up to seven homescreens. Hitting the multitasking key reveals 'small apps' that can run in small floating windows on the homescreen. Also, swiping in from the left of the screen in the app drawer brings up a side panel that allows users to categorise apps in their own order, alphabetical order, usage frequency, or installation date. You'll also find shortcuts to the Play Store and Sony Select store here.

We quite like the overall look and feel of the software, but not the fact that Sony insists on bundling its own apps which are not that great. The Walkman app is the only decent one. TrackID failed for us most of the time, and the default movies app didn't support quite a few formats.

Camera
We were eager to test the performance of the camera, but sadly it fell short of our expectations by a mile.

The daylight shots had muted details and there was loads of chromatic aberration. Green leaves merged into each other despite specifically focusing on them.T he camera struggled to focus on intended subjects very often. The camera couldn't do much in low light either, and images wereoften blurred. The less we say about the VGA front camera, the better. It is absolutely useless. 1080p videos taken with the rear camera weren't all that good either. 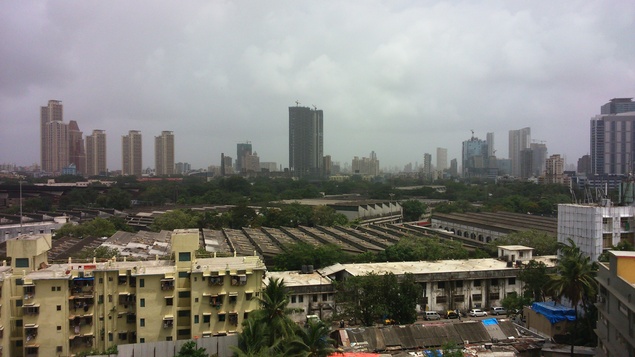 We have the same problems with Sony's default camera interface as we had detailed in our review of the Sony Xperia T2 Ultra.

Performance
The benchmark numbers are not great compared to other smartphones in this price range, many of which feature MediaTek's octa-core processors. The phone scored 17,495 points in AnTuTu and 8,298 in the Quadrant benchmark. On the other hand, the Adreno 305 managed to push out some decent numbers in our gaming and graphics tests. The Sony Xperia M2 Dual returned 15.2fps in GFXbench and it had a score of 5692 in the more intensive 3DMark Ice Storm test. We think these scores were helped by the fact that it takes less effort to power lower-resolution screens such as the one on this phone. In daily usage situations, the phone felt slightly sluggish, which was a bit of a letdown. 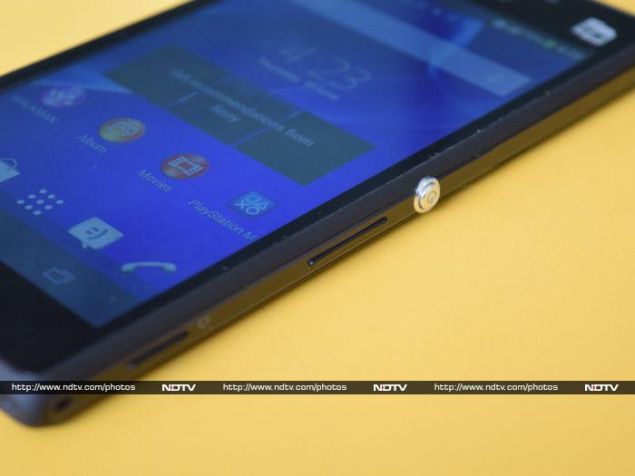 In our video tests, the Sony Xperia M2 Dual played every format we threw at it with no lag or skipped frames. Moreover, it also excelled in the battery life tests. The 2300mAh battery lasted us 10 hours, 2 minutes in our stringent video loop test. With moderate usage, this phone could last for as long as two days, which is superb. The speaker is adequately loud and the sound from the bundled headset is really good too. In our call quality test, the phone held on to network even in congested areas and the sound quality on both ends was good.

Verdict
We think Sony has cut far too many corners with the M2. The screen is not that great, and its sluggish performance in daily usage is a downer. It has a retail price of Rs. 21,990 but can be found cheaper online. Even at reduced prices, the Sony Xperia M2 Dual doesn't feel like a good bargain considering the Moto G works out as better value for money. However, what the Sony has going for itself is the stellar battery life, expandable storage, and the good (if somewhat boring) design.

If you need a good-looking phone in this price range which will last up to two days on a single charge, then by all means consider the Xperia M2. If not, there are other fish in the sea.

Hi, I'm a Tablet. I'll Be Your Waiter Tonight
Google's Honduras vs Ecuador Doodle Puts Football Back in Focus